The Catholic Archbishop of Lagos, Most Rev. Alfred Adewale Martins, says Nigeria is gradually drifting into a state of anarchy, urging the Federal Government to declare a state of emergency on the security sector in the country.

The cleric spoke against the backdrop of unrestrained spate of kidnappings in parts of the country, murder of innocent people including policemen, burning down of police stations, correctional facilities, and INEC offices in the South East and Southsouth.

According to the Archbishop, such a move has become “very necessary in order to spare the country from the looming anarchy that is staring us in the face.”

Martins bemoaned the failure of the government at all levels to decisively address the root causes of insecurity and bring the perpetrators and sponsors to book.

To rid the country of kidnappers and bandits, the Archbishop advised constant dialogue between representatives of the security agencies and major stakeholders such as religious leaders, traditional rulers, leaders of ethnic groups, the civil society and political parties.

He also called on the National Assembly to follow through on the process for the amendment of the Constitution of Nigeria so as to pave way for the creation of state police and revalidation of the federal character.

Martins believed that this would help in restoring peace and security in the country.

“lt is obvious that insecurity, apart from corruption, has become the single most serious problem that is facing our country today. Many innocent persons are being kidnapped for ransom, many are being attacked in their homes and displaced with their properties destroyed and normal life disrupted daily.

“Even Policemen and their stations are being deliberately attacked with impunity. What this means is that the country is gradually drifting into a state of anarchy. This, no doubt, portends a grave danger for our collective wellbeing.

“This is no time to play the blame game or to play politics through sectoral efforts. There must be a collective effort through a robust consultation with all stakeholders. We all must come together to fight this hydra-headed monster of insecurity that is making life difficult for our people,” Martins said in a press statement signed by the Director of Social Communications, Rev. Fr. Anthony Godonu, and made available to Persecondnews.

“So, we call upon the federal government to declare a state of emergency on insecurity and roll out practical action plans with time frames within which the situation will be brought under control.”

While noting that the insecurity being experienced all over was part of an age-long systemic problem with governance at the national level, the cleric also called for a review of the present structure, which, according to him, places too much power on the centre as the states continue to operate without adequate authority to chart the path for their development.

He commiserated with the federal government and the families of the military officers who lost their lives in the recent Kaduna air mishap including the Chief of Army Staff, Lt.-General Ibrahim Attahiru.

“The only way to honour the dead is to strive harder to overcome insecurity and make the country a better place for all citizens to live in.” 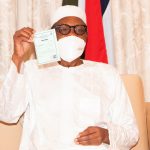 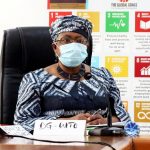