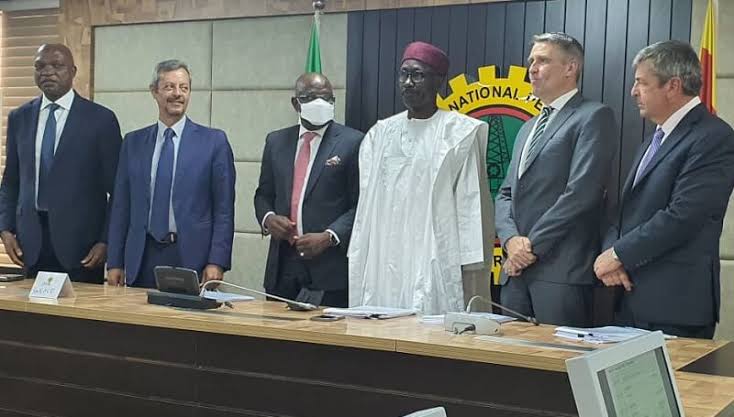 GMD NNPC, Mele Kyari, Bonga PSC During The Signing Of The Agreement

About two billion barrels of oil will be produced for Nigeria under the Oil Mining Lease 118 following an agreement signed between the Nigerian National Petroleum Corporation (NNPC) and Bonga PSC.

It will also unlock 10, 000 direct and indirect jobs in Nigeria.

The NNPC and Bonga PSC partners will be executing five agreements that will generate about $700 million.

The OML 118 with its straddle fields boasts of the presence of the five major players in the deep-water space not only in Nigeria but also globally.

OML 118 is the first major deepwater development in Nigeria in the deepwater Niger Delta 75 kilometres from shore containing the Bonga fields at water depths over 1000m.

The agreement will also help to ensure $6 billion savings of arbitral liability on the Federal Government, according to the agreement.

This new agreement will also help to re-balance fiscal terms and address global competition in prioritization of investments by key players.

The fields are one of the most prolific deep-water assets in Nigeria, boosting of almost 2 billion barrels of crude oil, up to 1TCF of gas, modest cost of operations and delivers a significantly level of profit for the investors with a sizeable take for the State.

The field also supplies gas to NLNG another strategically important asset to NNPC and its partners.

Persecondnews recalls that NNPC had in February 2019 signed Heads of Terms (HoT) with the OML 118 PSC contractors which formed the commercial framework for parties to settle their differences.

It was to create pathway for a sustainable brighter future and a reference point for resolving the industry-wide PSC disputes.

The key feature of the terms of settlement include, clear terms on block ring-fencing, gas commercialization terms, replacement of disputed tax credits for clearer investment allowances, trade-offs on in-block consolidation and cost limits.

Others are early lease renewals, assurance of fiscal stability for investors, protection of profit sharing schemes and settlement of disputed past.

The objective was that the HoT will translate to fully termed agreements including the Dispute Resolution Agreement and a new PSC Agreement for the OML 118 Contract Area.

About two years after, the parties have been able to agree to the anticipated full terms of the agreement including the new PSC and the Dispute Settlement agreement reflecting the major agreed terms of the HoT which finally creates a certainty for the desired brighter future. 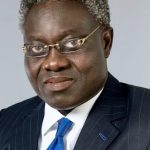 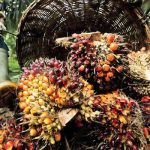