Group photo at the signing of the MoU between Kano Electricity Distribution Company, NSIA, and the investor Konexa with UK Minister for Africa James Dudderidge present.

Driven by the need to provide electricity for at least 30, 000 houses in Kano metropolis, the Kano Electricity Distribution Company (KEDCO) has signed a Memorandum of Understanding (MoU) with a foreign firm, Konexa.

Under the MoU, Konexa will generate and distribute 10 megawatts of electricity to the consumers and it is to be delivered by 2022.

Konexa had received a UKAid grant in its early stages and has also been supported by other partners including the U.S., Shell Foundation and Rockefeller Foundation.

At the signing ceremony at the British High Commission in Abuja, Mr Pradeep Pursnani, the Chief Executive Officer of Konexa, said the firm would invest $100 million in the project.

He explained that among other things Konexa would also provide cutting-edge technology in providing renewable energy for the electricity consumers.

On the technology to be used in electricity generation, Pursnani said solar, hydro-power and bio-power would be deployed by Konexa.

According to Pursnani, the agreement is supported by the Nigeria Sovereign Investment Authority (NSIA).

He promised that the project would be completed by 2022, saying once it is successfully accomplished the electricity firm can “quickly replicate it in other states of the federation’’.

“I hope that after we deliver in these states we can look at other states across Nigeria. Our business model is very replicable and scalable and provides a win-win for all.’’

Pursnani said:“In this partnership, Konexa will bring investment, provide better service for the customers and help bring the DISCOs to financial health.

“This is important given the situation of the power sector in Nigeria where a lot of the DISCOs are struggling financially even to pay for the power that is provided to them.

“Konexa we believe will significantly help in addressing the power sector in Nigeria.’’

Pursnani said the company’s ongoing $90 million electricity project in Kaduna would be delivered before the end of 2021.

“It is quite small but it is important to start small to prove things before we can scale up. In Kano, we are estimating the project cost to be well over 100 million dollars,” he said.

He said that the company was partnering with Nigerian distribution companies to rehabilitate the distribution network in Nigeria, meter every consumer, and increase their generation capacities to connect rural areas.

Also speaking at the ceremony, the UK Minister for Africa, Mr James Duddridge, lauded the initiative, pointing out that the time had come for Africa to deploy alternative pollution-free sources of energy.

“It is really good to see Africa coming up with innovative ways of producing, distributing, and storing energy for industrial, commercial, and residential use, using innovative financial structures.’’

On the funding and partnership, Aisha Abba-Kyari, Associate Vice-President of NSIA, said the Kano project was at first a presidential initiative that coincided with the Konexa project.

She said the project was designed to benefit communities and industrial clusters, adding that NSIA was acting as the funds and project manager.

“We are actually funds and project managers for the 10 megawatts solar power plants in Kano State, it is a presidential initiative which coincided with KONEXA and KEDCO’s franchise model that they are developing in the same area.

“We are treating this as a pilot project and upon completion, the plan is to redeploy similar projects across the country,” Abba-Kyari said.

Describing the KEDCO/ Konexa MoU signing as a great opportunity, the Managing Director of KEDCO, Dr Jamil Gwamna, said the MoU would contribute immensely in addressing one of the biggest challenges of distribution companies and attract investment towards improving the quality of electricity supply to customers.

In 2018, Konexa had signed an MoU with the Kaduna Electricity Distribution Company for 10 megawatts valued at $90 million. 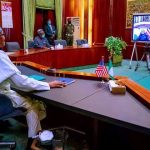 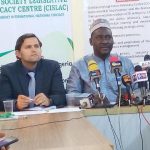