Three operatives of Nigeria Customs Service have been killed by some unknown gunmen in Isiokpo community in Ikwerre council area of Rivers State, reports Persecondnews.

It was gathered that the yet-to-be identified gunmen before killing their victims at Isiokpo, had attacked a military checkpoint within Omuaga axis of Elele-Owerre, close to the Port Harcourt International Airport.

They burnt cars and disappeared without being challenged.

The armed men dismantled the checkpoint and destroyed property in the area.

A source, who is a resident of Isiokpo community said: “The incident happened at midnight when the armed hoodlums stormed a checkpoint manned by customs officials in Isiokpo where they killed their victims, burnt down cars and went away without any interference.”

As the Rivers State Police Command is yet to issue any statement on the incident, report says members of local vigilante, OSPAC in the community later arrived at the scene after the hoodlums had finished the operation. 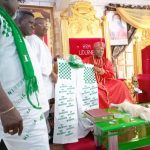 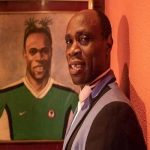