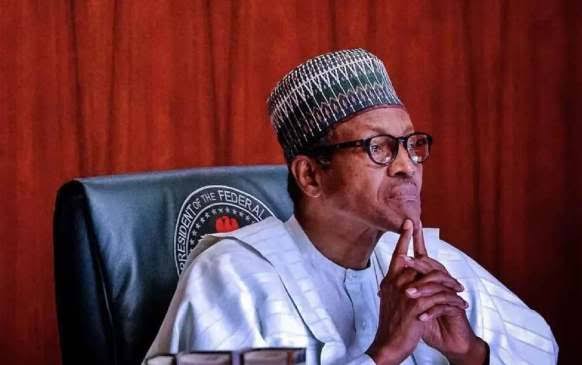 President Muhammadu Buhari in his inaugural speech on May 29, 2015 promised expectant citizens that he would: “tackle head on the enormous challenges of insecurity and pervasive corruption. Nigerians will not regret that they have entrusted national responsibility to us.”

Yet, his government is doing very little to address the growing insecurity, widespread corruption, and associated human rights violations in the country.

Available evidence on the ground shows increasing violence, insecurity, and abductions, leading inevitably to arbitrary deprivation of lives, and many other human rights abuses, and illustrating the troubling gap between Mr Buhari’s promise and action.

According to Amnesty International, tens of thousands of people have been killed as a result of violence and serious crimes in many parts of the country. Herdsmen and farmers clashes have worsened under Mr Buhari government’s watch. Several students remain missing after gunmen attacked the Federal College of Forestry in Kaduna state.

Abductions of schoolchildren, teachers and their families have become routine, resulting in closure of over 600 schools, including in Sokoto; Zamfara; Kano; Katsina; Niger; and Yobe states. Those statistics should cause concern to any government. But the Buhari government seems to lack the political will and determination required to address the critical human rights situation.

School closures caused by insecurity and violence have exacerbated existing inequalities, as children who are already most at risk of being excluded from a quality education have been disproportionately affected. Yet, Nigeria has endorsed the Safe Schools Declaration, an inter-governmental political commitment to protect schools, students, and education personnel from being attacked.

To make matters worse, victims of violence, killings and abductions, and their families are left to fend for themselves and rarely receive any effective remedy. Impunity for perpetrators continues to facilitate the repetition of violence and serious crimes, and associated human rights abuses, as well as the total defenselessness of victims and their families.

Violence and insecurity are exacerbated by years of corruption in the law enforcement sector, and among the political class. Only recently, the National Security Adviser, Babagana Monguno, reportedly stated that $1 billion arms funds are missing under Mr Buhari government’s watch. Mr Buhari should have seized the moment, and referred the matter to appropriate anti-corruption agencies for investigation. Instead, Mr Monguno denied making the statement, despite the translated version of the BBC Hausa interview suggesting that he was not misquoted. Many questions remain unanswered, reinforcing the need for an independent investigation to establish the truth.

Corruption ‘kills’, and has a wide range of other corrosive effects on societies. It undermines the rule of law, erodes the quality of life, allows insecurity, violence and other threats to human security to flourish, thus leading to human rights abuses. By diverting funds, corruption exacerbates threats to people’s dignity and livelihood, as it undermines a government’s ability to protect and ensure the human rights of its population.

While violence and killings have been a longstanding problem, and predates this administration, the absence of leadership and the requisite political will by Mr Buhari’s government to genuinely combat the problem, implement human rights reforms and observe the rule of law has continued to exacerbate the problem.

There remain serious shortcomings in the way law enforcement and security agencies work to prevent, deter and suppress violence and serious crimes across the country. Apart from fostering impunity, the absence of effective and corruption-free law enforcement and intelligence apparatus also increases the sense of insecurity within the public and its mistrust of these institutions.

Both the federal and state governments spend roughly $670 million (about N242 billion) yearly as “security votes” but Mr Buhari and the 36 state governors have resisted attempts by civil society groups seeking information on how the funds are spent, and to prevent misuse and embezzlement of public funds in the name of security votes.

Violence, abductions, and corruption intersect where law enforcement agencies are corrupt and, in some cases, complicit in gross violations of human rights.

The milieu into which violence, abductions, and corruption merge is extremely threatening to the rule of law and respect for human rights in the country. The failure of the federal and state governments to recognize the centrality of this trinity is one factor that continues to allow this nexus to flourish.

The rhetoric of Mr Buhari’s promise is further illustrated by the government’s apparent unwillingness to design and implement credible policies to prevent and combat violence and crimes, and to promote the rule of law.

The issue of people’s security and safety has for too long taken the back-seat. Yet, it is the duty of any serious government to guarantee the human rights to life and security of the population.

This failure to exercise responsibility to promote and ensure the security and safety of the population constitutes a serious breach of the Nigerian government’s human rights obligations, including under the Nigerian Constitution 1999 (as amended), and the African Charter on Human and Peoples’ Rights to which Nigeria is a state party.

Both the Nigerian Constitution and the African Charter guarantee and protect the rights to life, physical integrity, and liberty among others relating to people’s security. As a corollary, the government is required to ensure the effective functioning and operation of governmental apparatus and, in general, all the structures through which public power is exercised, so that it is capable of juridically ensuring the free and full enjoyment of human rights.

It is not sufficient to abstain from violating this right: positive and specific measures are also required to respond to the needs of those who require protection because of the specific risks they face or their situation of marginalization and discrimination. The main purpose is to ensure that no one is arbitrarily deprived of their lives, and other human rights.

Clearly, mere promises are not enough. The government must move swiftly to match its words with serious and concrete action to guarantee the human rights of all people in Nigeria if it is to be taken seriously on its oft-expressed commitment to stop the persistent corruption, violence, abductions and other human rights crimes.

It’s important for the Buhari government to urgently end the impunity that continues to facilitate a culture of official corruption, violence, abductions and killings across the country, and to ensure access to justice and effective remedies for victims.

Mr Buhari should promptly refer the allegation by his National Security Adviser to the Economic and Financial Crimes Commission and Independent Corrupt Practices and Other Related Offences Commission for thorough and transparent investigation, and to ensure suspected perpetrators are brought to justice, and the recovery of any missing public funds.

The federal and state governments should honour freedom of information requests, including by the anti-corruption watchdog Socio-Economic Rights and Accountability Project seeking access to information in the spending of security votes meant to secure people’s lives and other human rights.

Similarly, Mr Buhari’s government must end its persistent refusal to implement court orders, including the judgment by Justice Hadiza Rabiu Shagari ordering the government to tell Nigerians about the stolen assets it allegedly recovered, with details of the amounts involved.

Doing this would contribute to improving the security of the people and guaranteeing the rule of law, as well as respect for human rights. As Aristotle pointed out: “It is better for the law to rule than one of its citizens, so even the guardians of the laws are obeying the laws.”

Mr Buhari needs to end slogans and empty rhetoric, wake up to his responsibility, and act before the insecurity situation gets worse. Addressing the people on his strategy for tackling the problems should be the easiest place to start.

READ ALSO: At all cost, I’m poised to kill corruption in all sectors, says Buhari 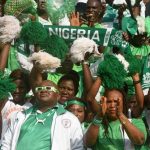 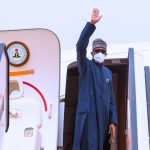