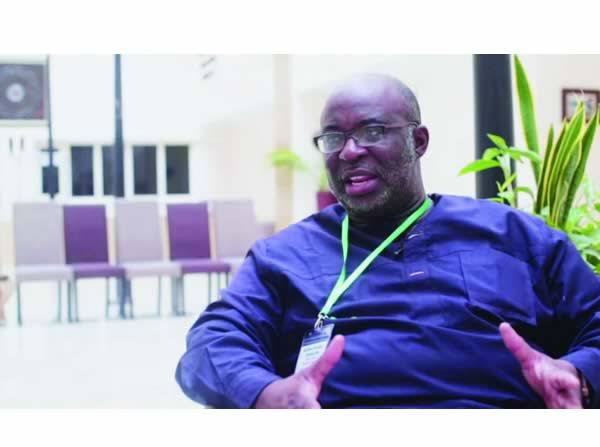 Speaking against the background of the challenges, the quintessential football administrator said instead of the allegations that the game is witnessing declining fortunes, he argued that it has gone through reforms, transformation, entrenchment of probity and accountability, and infact achieved a level of development under the present dispensation led by Amaju Pinnick, NFF President.

He also spoke on issues affecting Nigerian football development such as the technical competence of Gernet Rohr; Super Eagles’ Manager, his relationship with Pinnick.

Barr. Seyi Akinwumi told Persecondnews that NFF Board under the leadership of Pinnick has made far-reaching achievements amidst all odds, saying “we can still do better.”

He said the football house had won a total of seven trophies since its inception.

“For instance, under the board, Nigeria won Men’s Olympic Bronze Medal, in Rio deJenerio, Brazil in 2016, the Golden Eaglets won the U-17 Men’s World Cup for the fifth time in Chile in 2015, beating Mali in the final, Senior Women’s African Cup of Nation’s thrice (2014-Namibia, 2016-Cameroun and 2016-Ghana), U-23 Men’s African Cup of Nation’s in 2015 in Senegal-thereby qualified for the the 2016 Olympic football event and Bronze in AFCON 2019 in Cairo, Egypt.

“Also, Nigeria won Bronze in the 11Th African Cup of Nation’s in Congo, Brazavill, U-20 African Nation’s Cup in Senegal 2015, WAFU-U-17 Cup in Niger Republic in 2018, CHAN and Qualified for Russia 2018 World Cup, whereby the Super Eagles, eventhough crashed in the first round, but gave a good account of the nation’s football,” Akinwumi said.

He equally said that the Super Eagles are still in good stead for the qualifications of both the African Nation’s Cup 2021 in Cameroon and the next edition of the 2022 World Cup in Qatar respectively.

Other achievements are entrenchment of probity and accountability with the engagement of PriceWater House Coppers and Finance Financial Derivatives, the two reputable outfits as external auditors.

“Securing sponsorship and partnership for the development of Nigerian football and among such breakthroughs made by the administration in this regard are getting AITEO to bankroll and return the glory of Challenge Cup now renamed, Federation Cup, Zenith Bank for capacity building for administrators, youth development programme and payment of Super Eagles’ Head Coach.

“Tropical Investments (TGI) Group sponsoring Super Eagles food, while PayPorte Global System Limited, remains the official Online Store of the NFF. On the road to Russia World Cup in 2018 in Russia, companies like Global Behemoth, Coca Cola and NIKE teamed with NFF as the Official Drink and Wear of Super Eagles’ respectively.

In the same vein, NBL, Cadbury and Amstel Malta partnered NFF as the Official Drink of the Super Eagles, while WAPIC Insurance Plc remains the official premium provider for the Soccer House.

Also to the credit of the board are the appointment of a world-class coach, Thomas Dennerby, for the Super Falcons, who won the last African Nation’s Cup for Nigeria in Ghana and the NFF Bill aimed at replacing NFF Act 2004.

Akinwunmi told Persecondnews that the challenges confronting the board in the last two years are unwarranted attacks and unsubstantiated claims by the critics of the administration. These include the Chris Giwa led group who invaded the Soccer House a couple of times trying to take over the reins of governance by fiat and the various court cases that followed which distracted the board for some time.

“For example, the crisis affected the sponsorship and partnership drive of NFF, you know sponsors and partners don’t like associating with any organisation that has crisis.

“Also, some of our antagonists went as far as writing to FIFA not to deal with the board on the basis of unsubstantiated allegations of corruption and illegitimacy,” he saPerception of Super Eagles’ Manager, Gernet Rohr, as an incompetent tactician

Akinwunmi said the problem with the Nigeria football is that everybody is a coach and you should always expect such comments.

“For me, Rohr has done well in restructuring the nation’s football, camping the players, qualifying Super Eagles for World Cup and winning Bronze Medal at AFCON 2019 in Cairo, Egypt, but he could still do better,” he said.

On Super Eagles’ 4-4 draw with Leone Stars of Sierra Leone after 4-1 lead in the first of half of AFCON 2021Qualifiers in Benin, Edo State in 2020, Akinwunmi said:“It happens in football once in a while.”

“Do you still remember the “Daman Miracle” episode of 1989, when Russia was leading Flying Eagles 3-0, only for Nigeria to come back and win the match.

“Or you have forgotten the case of Nigeria versus Argentina in the Olympic Football event, when the Argies were leading only for the nation to turn the table against them,” he explained.

Commenting on Super Eagles qualification for both 2021Nation’s Cup in Cameroon and 2022 World Cup in Qatar, the soccer administrator expressed the hope that Nigeria will surely qualify for both, saying that the coach has been mapping out his strategies on how to win the next away match against Squirrels of Benin Republic.

“For instance, Gernet Rohr came to Lagos last weekend to inspect the stadium facilities ahead of the next home match against Lesotho and he has been doing alot to ensure the Eagles claim maximum points in the remaining two AFCON qualifiers.” 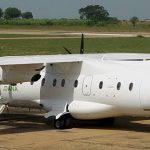