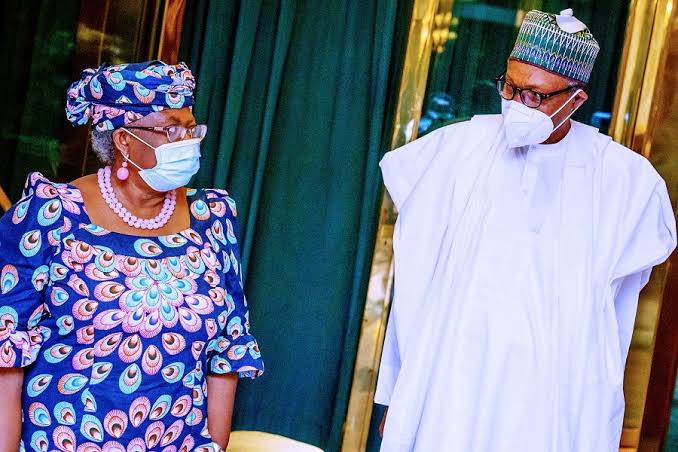 Congratulatory messages have continued to poured in for Dr Ngozi Okonjo-Iweala, the new Director-General of the World Trade Organisation (WTO).

Leading the pack is President Muhammadu Buhari who championed Okonjo-Iweala’s appointment and rallied support for her internationally.

He said: “As the Harvard-educated and renowned economist takes up another onerous task of service to the world and humanity, her track record of integrity, diligence and passion for development will continue to yield positive results and rewards to mankind

“I warmly felicitate with former Minister of Finance and Economy, Dr Ngozi Okonjo-Iweala on her election as Director General of the World Trade Organisation, bringing joy and more honour to the country.”

“President Buhari affirms that Dr Okonjo-Iweala, who over the years set major records of economic reforms in Nigeria as Minister of Finance, and later Minister of Foreign Affairs, will excel in her new position and validate the global mandate of repositioning and strengthening the multilateral institution for the greater good of all,” Buhari said in a statement by Malam Garba Shehu, his media aide.

On his part, former Vice-President Atiku Abubakar, said: “She is a woman I know very well, because we worked at close quarters between 2003 and 2007, when she served in our administration in various capacities, most notably as Finance Minister.

“It is not hyperbole when I say that no one could be more qualified for the job of Director General of the World Trade Organisation than her, and I congratulate her for her success at being the first female and African DG of the WTO.

“She is an apostle of free trade and an astute manager of people and resources, and the world will be a much more prosperous place by her elevation to this enviable height.

“As the world prepares to emerge from the global pandemic of COVID-19, the planet needs a steady hand at the wheel, to drive global trade, and rebuild from the devastation wrought by the virus. We would not need someone who thinks they can pull this off. We would need someone who has actually and serially pulled it off before. And that person has emerged.

“Ngozi, Africa and Nigeria are proud of you and my family and I are full of joy at your victory. Go to Geneva and make us proud, as we know you will.”

“On behalf of the Organization of the Petroleum Exporting Countries (OPEC) allow me to formally extend our sincere and heartfelt congratulations to Your Excellency on your fully deserved appointment as the newly elected Director General of the World Trade Organization (WTO).

“We wish you every success in your new role leading the WTO, a key organization for the effective functioning of the global economy and in helping trade flow as freely as possible.

“We commend the wisdom of the General Council of the WTO for the historic nature of your appointment, as you are the first woman and first person hailing from the continent of Africa to take up the reigns of the Organization.

“The breadth of support that Your Excellency received during this campaign is testimony to your suitability for the role and lifetime of public service to both our beloved home country, Nigeria, and the international community.

“Your appointment comes at an extremely challenging time for the world and the WTO. Global trade has been severely impacted by the COVID-19 pandemic, support for the multilateral system needs to be bolstered and the WTO, under your leadership, will embark on a period of substantive and procedural reform.

“However, I know from your lengthy and successful career as a highly-respected economist, an international development expert who worked for 25 years at the World Bank, a diplomat and your two terms as finance minister in Nigeria, that you are more than up to the task,” Barkindo said. 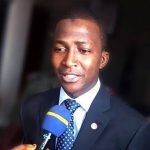