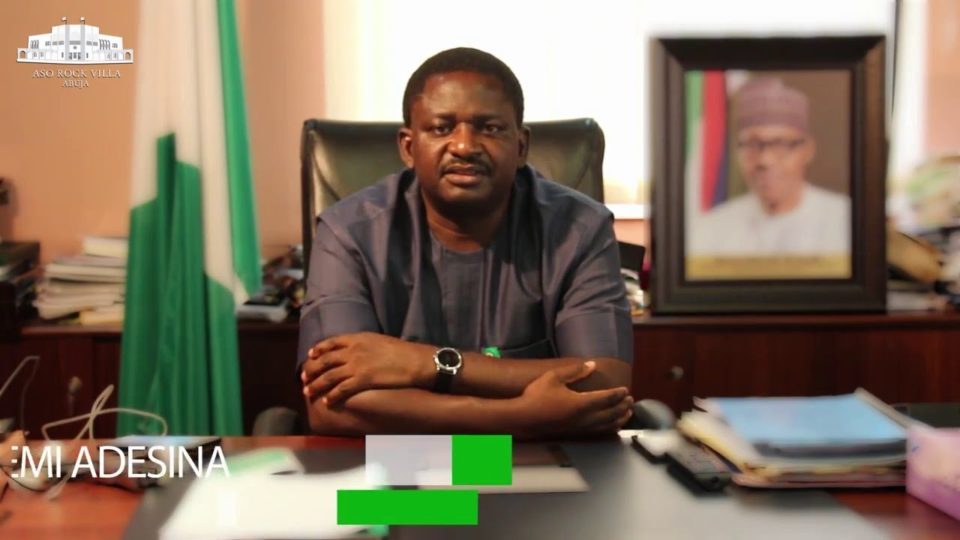 Mr Femi Adesina, the Presidential Adviser on Media and Publicity on Tuesday put up a stout defence for President Muhammadu Buhari’s reticence and disinclination to react to the ongoing herdsmen crisis and other issues in the polity.

Exonerating the president of being indifferent or his muteness, Adesina said Buhari’s reacting to “every matter” would be tantamount to making him a “talkative president”.

“When you have knotty issues like this, many ideas will be proffered, many solutions will be canvassed. The President does not have to speak on each and every one of them.

“He does not have to, it was just an idea being proffered. It should be looked into and then if it is a consensus, it should be adopted.

Nobel Laureate, Prof. Wole Soyinka, and some well-meaning Nigerians had pleaded with the President to address Nigerians and make his position known publicly that he does not support the criminal activities of some herdsmen in the country.

Also, Kano State Gov. Abdullahi Ganduje, called for a law abolishing the movement of cattle by herdsmen from the Northern part of the country to other parts to avert the incessant herdsmen-farmers clashes across the country particularly in the South.

Persecondnews had reported that Fulani herdsmen had been kidnapping, killing, raping people and destroying farmlands in the South West which had necessitated the intervention of a self-styled freedom fighter, Sunday Igboho.

Gov. Samuel Ortom of Benue State and a leader of the Yoruba socio-political group, Afenifere, Chief Ayo Adebanjo, had spoken against the killer herdsmen who move about with AK-47 rifles while private citizens are denied of ammunition to protect themselves.

But Adesina said:“His (Buhari’s) position has always been that anybody that bears arms unlawfully should be arrested and tried irrespective of where he comes from.

“The country must explore the option of ranching to solve the herdsmen crisis at hand.

“Hundreds of ‘criminal-herders’ have been arrested and tried in the past.”

Femi AdesinaGov GandujeHerdsmenPres. Buhari
Share
Subscribe to our newsletter
Sign up here to get the latest news, updates and special offers delivered directly to your inbox.
You can unsubscribe at any time