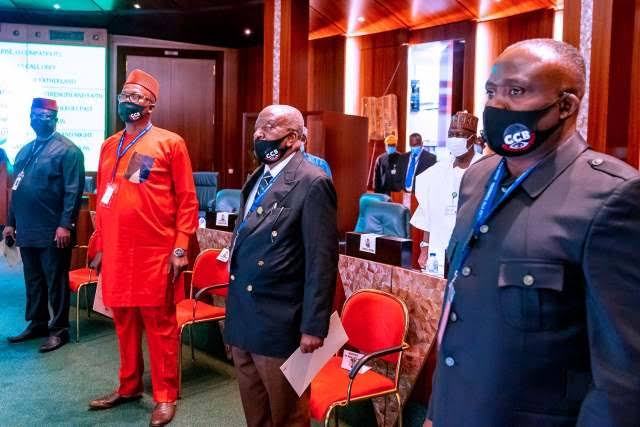 The Code of Conduct Bureau (CCB) has vowed to live up to its billing by being tactical, honest and sincere in the fight against corruption in the country.

It also promised to reduce corruption to the barest minimum and stop capital flight from Nigeria.

A member of the newly-inaugurated bureau representing South-south zone, Mr Ehiozuwa Agbonayinma, told State House correspondents that the agency would redouble efforts to stop people who have dubious intentions from derailing the collective advancement of the country.

Persecondnews reports that President Muhammadu Buhari had performed the inauguration at the Council Chambers of the Presidential Villa after the Federal Executive Council meeting.

“I think Nigeria deserves to get the best because corruption has eaten us deeply and it’s so sad that all over the world, Nigeria’s resources are taken from Nigeria to develop foreign countries. Why can’t we develop our own country?

“That is why I’m happy and proud to be part of this and appreciate Mr President for finding me to be a part of his team in fighting and bringing corruption to the nearest minimum.

“But I must say this that when you fight corruption, corruption will fight back at you. People will always remember when the time comes that this President did a lot.

“So let’s join hands together for greater things, for a greater Nigeria, that’s the only way we can succeed. The media also you have a role to play,” Agbonayinma said.

He added:”Corruption is a cancer that needs total eradication and to achieve that every patriotic Nigerian must put hands together and support the government of the day. President Buhari cannot do it alone, he requires everyone.

“Seeing a crime being committed, failure to report that crime to the nearest law enforcement agency, you are as guilty as the man or woman who committed that crime. So it’s going to require the effort of everyone of us.

“I need the cooperation of my team, my committee, all Nigerians, other law enforcement agencies, for us to collaborate in order to bring to bear and put Nigeria first.’’

On what the CBB would do differently to change the perception of Nigerians that the agency is being used by government against individuals, Agbonayinma said: “To be honest to you, people will always say one thing or the other, but what is important to us is that this country deserves to get the best. People will always want to pass information just to derail the wheel of progress.

“Don’t forget we are fighting corruption, people will come up to orchestrate, manufacture stories just to mess up or destroy your image, that’s what has been done over the years.

“You can say that in the past, some government officials had done that, but in this government, I don’t think anyone should say President Buhari is witch-hunting anyone. We have seen people, even in his own party, being prosecuted and nobody is applauding him for that.

“I think this is not about partisanship, let us put Nigeria first, let us work together with the government of the day. At the end of the day, we will celebrate our great country Nigeria.”

In his own comment, Mr Benedict Umeano, from Southeast said:” I feel so honoured that I have been called upon to represent my constituency in the fight against corruption and the President will not regret appointing me as a member of the CCB, I will do my best and make sure we write my name in the annals of history.”

Another member representing Southwest, retired Police Commissioner Babatunde Olayinka Balogun said:” I think it’s like moving from one house to the other. I’m a retired Commissioner of Police, I have all my life attempted to fight indiscipline, corruption and general audacity in society. I have used my position as a police officer to do so over the years.

“Having been invited over to the Code of Conduct Bureau means this is an opportunity to actualize those things that I’ve been conceptualizing. I will now be in a position to bring this things to the doorsteps of Nigerians that this is how we should conduct ourselves, this is what the law says and by the grace of God, we tend to not just preach it, but enforce it.

“We want to make sure that everybody conforms with the code of conduct of their various offices in the country.” 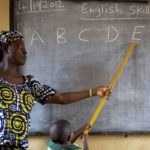 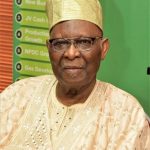