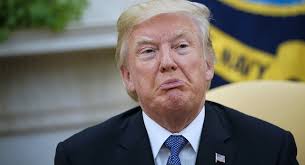 US President Donald Trump pressured the Georgia secretary of state in a phone conversation to “find” enough votes to overturn Joe Biden’s victory in the southern state, according to reports on Sunday.

The secretly taped conversation with fellow Republican Brad Raffensperger on Saturday, first reported by The Washington Post, includes threats that he and another Georgia official would be taking “a big risk” if they failed to attempt his request.

“The people of Georgia are angry, the people in the country are angry,” Mr Trump is heard saying on the tape, parts of which were aired by CNN.

“And there’s nothing wrong with saying, you know, um, that you’ve recalculated. You’re off by hundreds of thousands of votes.”

Mr Raffensperger responds: “Well, Mr President, the challenge that you have is, the data you have is wrong.”

Mr Biden won the long Republican-leaning state by fewer than 12,000 votes, a margin that was unchanged after recounts and audits.

Before the audio was released, Mr Trump tweeted about the call, saying Mr Raffensperger “was unwilling, or unable, to answer questions such as the ‘ballots under table’ scam, ballot destruction, out of state voters, dead voters and more.”

After the release, the White House declined to comment.

None of Mr Trump’s allegations have been supported.

And even a reversal in Georgia would not deprive Mr Biden of his victory.

“Pressuring an election official to ‘find’ the votes so he can win is potentially criminal, and another flagrant abuse of power by a corrupt man who would be a despot if we allowed him. We will not, said Adam Schiff, a congressman. 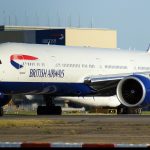