A tale of pains, disappointments and deception about the real capacity of the generators, as against the advertised capacities. 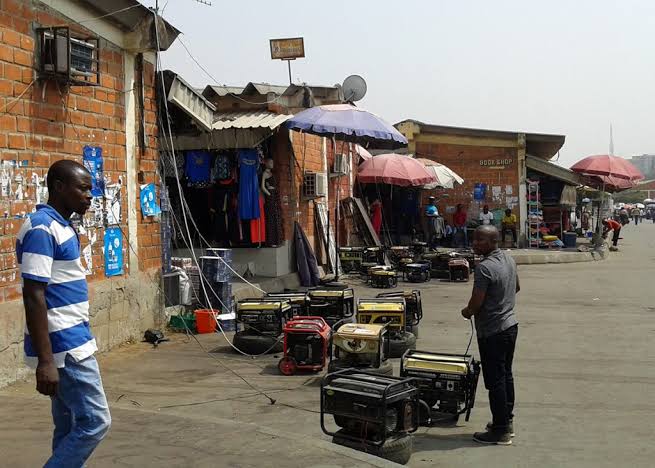 By Boye Ajayi with additional reports from Ayodele Akinsola

With almost half of Nigeria’s population perpetually in darkness as a result of interrupted and disruptive power supply for decades, some Nigerians have been forced to move to an off-grid, generating their own “sustainable and maintainable’’ power to enjoy life.

According to the United Nations global energy progress report, 110.7 million Nigerians out of 195.8 million estimated population have access to electricity as of 2018, representing a 57 percent national electricity access rate.

This is way below the global average of 90 per cent and of the 57 per cent fewer Nigerians actually have electricity access. How Nigeria will key into universal access to sustainable energy remains an issue.

Abysmally, in a nation of about 200 million people power generation still hovers around 4, 000 or 5, 000 megawatts while South Africa, according to the Ministry of Energy, its total domestic electricity generation capacity is 51, 309 megawatts which it exports to neighbouring countries.

South Africa is aiming to generate 77, 834 megawatts of electricity by 2030 while Nigeria with abundant oil, gas and hydro and even solar resources, plans to generate 12, 522 megawatts as against 40, 000MW needed to meet the nation’s energy requirement.

Power generation, transmission and distribution (the only aspect that is privatized and given to DISCOs are all fraught with problems and hiccups. The authorities are quick to explain away or rationalize outages in Nigeria with the organizations in the value-chain of electricity supply engaging in blame game and buck-passing with the resultant effect of load shedding, days of outages and grid collapse.

State governments, communities and individuals invest millions in acquiring transformers, poles, aluminum conductors and others as well as pay for workmanship for repairs done by DISCO technicians.

For Nigerians, who have the means, they have resorted to investing huge sums of money in buying generators to meet their energy demands particularly by companies, businesses and government offices. 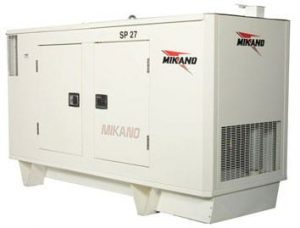 It is against these backdrop that Persecondnews launched an investigation into the sale of generators which led to unearthing a humongous rip-off of unsuspecting, hapless Nigerians.

From a cross-section of buyers, dealers and technicians/mechanics, it is a tale of pains, disappointments and deception about the real capacity of the generators as against the advertised capacities.

A Lagos young businessman got the greatest shock of his life when the generator he bought with a fortune could not carry the load for the advertised kva. With the power failure in Nigeria, the country has become a dumping ground for all brands of generators — Mikano JMG, Elpac, Honda, Tiger and Sumec Firman etc and Nigerians, who have been denied accesss to electricity have no choice than to buy what is available for their comfort.

“I have discovered that the dealers or manufacturers are not truthful about the capacity of the generators they sell. When I started using it I discovered I’m no longer getting the desired voltage to power my equipment and others,’’ the frustrated buyer, who simply gave his name as Chris told Persecondnews.

A lawyer, Mr  Oluwayemisi Joseph, from Oke-Odo Local Council Development Area of Agege, believed that it is possible for the dealers to tamper with the label on a generator.

“If you buy a particular generator you will notice that by the time you put it on and put the loads the voltage will be low.

“For example, the generator that I use, I discover that the voltage is very low and most of the time it does not carry the appliances and other things specified in the capacity of the generator.

“In some cases, the dealers could collude with the producers to alter the capacity or KVA or when they bring it into the country and in the process of assembling it, the dealer could tamper with the label to achieve their aim of making more benefits,’’ he also said, describing buying generator in Nigeria as a complete “Black Market.”

Mr Adebayo Ogunsemoyin, a retired civil servant and a resident of  Ikotun, Lagos,  who said he had had worked with a generator company, spoke about the sharp practices of the dealers.

He told Persecondnews dealers alter both the name of the product and the capacity or KVA, saying: “It depends on what he requested for that will be packaged for him to sell.

“For instance, there was a particular company that imported generators from Egypt and change the label of the country of production to that of Germany with a view to deceiving  the buyers to think that any product from Germany is of quality,” he told Persecondnews.

According to him, nothing is impossible when some people get down for real business of generator.

“You only know what they want you to know except when you hire the services of a mechanic or technician to help you,’’ Ogunsemoyin said.

Exposing the shaddy deals of the dealers and manufacturers, an electrical/electronic engineer, who simply identified himself as Mr Sunday explained that most of ators are alternators from China and not cooper wire.

“Most of Cooper alternators are costlier than aluminium and since majority of our people like cheap things they go for it.’’

On the refusal of dealers to accept malfunctioning generators after being sold “in good condition’’, Engineer Sunday said it is fraudulent to write on the receipt of purchase that “goods sold in good condition cannot be returned’’.

“It means whatever they sold with that condition is not genuine, genuine goods are always with warranty of one or two years or so. Is it possible to detect fault while purchasing a generator for example ? The answer is NO if even you test it right there.’’

Also, Mr Emmanuel Kumola, a technician / mechanic located at Ojodu Berger area of Lagos, told Persecondnews that it is possible for dealers  of generators to  alter or change both the label  bearing the name and the  capacity/KVA of a particular brand of generator with a view to overestimating both its capacity and  quality  to enhance its value in order to make more money.

He said: “There is a particular ethnic group who deal more in the business; they can do anything to enhance their business and make more profits.

“The only way to solve the problem is for a would-be buyer to hire the services of a mechanic/technician and rewinder to be able to determine the true capacity or KVA of the particular brand of generator he wants to buy otherwise he would just take whatever he gets from the so called “Black Market” of generators.”

He,  however, said buyers should not be deceived by label, arguing that ” it is meant to deceive the buyers so that the dealers could make more profits.”

Gbenga Olowookere, another technician operating from Ajegunle area of Lagos, told Persecondnews: “It is possible for the dealer to relabel the generator with a view to altering its capacity.”

“Dealers of generators do change the label of their products to give a false impression of the KVA or capacity.

“As a layman, you may not know this until when you are using it and you discover that its capacity is too low to power some specific electrical appliances.’’

He went further to explain that some dealers do play a faster one on the Buyers by putting another label on the set, indicating that any product once purchased canever be returned.

Olowookere, therefore,  implored anybody who desires buying generators for use to seek the services of both Generator Technician and a Rewinder to examine it before purchase.

He said this is the only way to guarantee its exact KVA or capacity, saying, “anything to the contrary is like deceiving oneself.”

A dealer, however, disagreed, saying:“It is absolutely not possible for the label of a particular generator to be changed to alter its capacity or KVA because it is what the buyers want to use it for  that will determine what the dealer will give him.

“For example, you cannot present a 15KVA generator to a buyer as 21 KVA knowing full well that there is one year warranty on the product, he will surely come back to complain.

“It is not possible to change the capacity of a particular generator  through the label because the moment you try to do that, it will show or reflect on the panel thereby altering the whole system.

“However, it is possible to change or remove the label bearing the brand of the generator and put the name of another product,  but it is not easy to remove the KVA or capacity of the article, “ Mr Innocent Chibuikwe, the Managing Director of Inomeco Ventures, who deals in Milkano  products imported from Japan at Agbado, a Lagos suburb, told Per Second News.

Another dealer,  Mr  Igboanado Ericmore,  owner and Managing Director of Emoson Multi-purpose Global Limited, Ikeja, who imports and sells Tiger products from China , also said it is possible to remove or change the label bearing the capacity or KVA of a particular product to make money.

“I think it is possible to remove or alter the capacity of a particular brand of generator and change it to a higher one like say making 15KVA to look like 21KVA so that he can enhance financial benefits for himself or the company as the case may be.

“When a product comes with the label Sewed and you can change it to Elpac, but I don’t believe that one should cheat to make gain in business,” he said.

He went further to explain that some dealers do play a faster one on the buyers by putting another label on the set, indicating that any product once purchased canever be returned.

From the summations above, it is evidently clear and somewhat inescapable that buyers and users of generators will continue to be at the mercy of dealers and manufacturers to be exploited in the face of unresolved power problem and lack of access to it by a greater percentage of the population.

The quality control and regulatory agency, the Standards Organization of Nigeria (SON) definitely has some questions to answer for the shaddy deals in the generator business.

The Consumers Consultative agency too is culpable as it has not done enough to protect consumers’ interest and also by allowing the big rip-off.

electricityGeneratorNigeria’s power sectorPower gridPower outage
Share
Subscribe to our newsletter
Sign up here to get the latest news, updates and special offers delivered directly to your inbox.
You can unsubscribe at any time

Buhari is repressing human rights – and getting away with it