A bloody cultists’ war in Benin City, Edo State capital, has reportedly claimed the life of an Assistant Commissioner of Police (name withheld).

Two rival cult groups — Aiye and Vikings — had engaged themselves in an exchange of gunfire for supremacy and in the process, the police chief was shot on Friday.

The two other policemen of inspector rank, who were also shot along with the ACP, were still receiving treatment at the hospital.

The three policemen had reportedly ran into an ambush by the cult groups while on a rescue mission in Upper Sokponba and Murtala Mohammed Way in Benin City.

Many lives were also lost to the cultists’ war with several bodies still littering the streets.

An unconfirmed report said the number of casualties has risen to 28 as the hail of gunfire was yet to subside.

Also on Saturday, a medical practitioner, Dr. Maxwell Orosanye, working in government-owned hospital in Benin, was shot by some gunmen, suspected to be cultists.

He is still receiving treatment in an undisclosed hospital.

Orosanye was shot near Mobil filling station on Siluko Road while his Toyota Corolla saloon car was snatched.

The armed cultists were still looking for rivals to kill, while searching from house to house unchallenged in spite of the heavy deployment of soldiers in Benin and its environs.

Edo Police Commissioner Babatunde Kokumo, said normalcy was being restored, adding that all the criminals would be arrested and prosecuted to serve as deterrent to others.

“Just imagine what it means that three police stations along Sokponba Road, Benin were destroyed and burnt, patrol vehicles were destroyed in many other parts of Edo State.

“All the officers and men in the burnt police stations now operate from the state police headquarters in Government Reservation Area, Benin.

“The peaceful #EndSARS protests were hijacked by hoodlums. The protests took a violent turn in Edo State, with inmates of the two correctional centres in Benin City set free. So, what do you expect?

“Some of the escapees have been sending threat messages to policemen, who investigated and prosecuted them. One of the escapees, who was convicted for murder, went that same day (October 19 this year) and he killed the prosecution witness in his village, but he was immediately re-arrested. 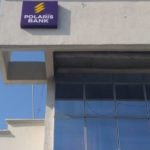