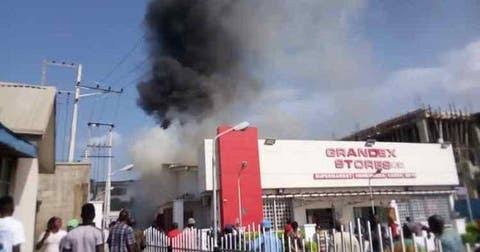 Few months after Ex-Governor  Abiola Ajimobi died of COVID-19,  his wife, Florence, on Sunday lost her Grandex Supermarket and Stores located at Bodija, in the heart of Ibadan, to a mystery fire.

The supermarket which was gutted by fire on Sunday afternoon attracted hundreds of sympathizers and fire-fighters.

The fire which started from the back of the complex was already spreading to the main stores.

Men of Oyo State Fire Service were seen battling to put off the fire just as the wife of the late governor arrived at the scene.

However, some stern-looking officers  of “Operation Burst” of Nigeria Police have been stationed at the facility to prevent looting by hoodlums.

The cause of the fire has not been ascertained while the wife has yet to speak on the incident. 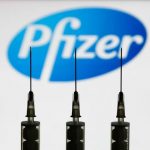