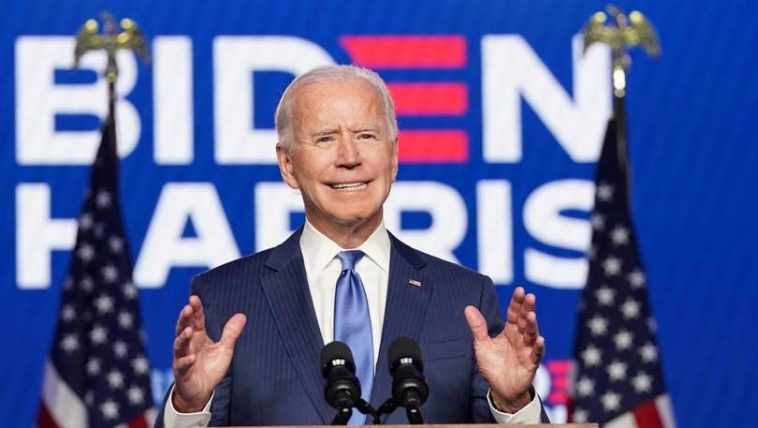 President-Elect Joe Biden
President-Elect Joe Biden speaking in his hometown of Wilmington, Delaware, Saturday evening, reached out to voters who supported Trump. “I understand the disappointment tonight. I’ve lost a couple of times myself. But now, let’s give each other a chance,” Biden said. “This is the time to heal in America.”
Biden said he was humbled by the trust and confidence that America has placed in him.
“I pledge to be a president who seeks not to divide, but unify, who doesn’t see red states and blue states, but only sees the United States.”
“I sought this office to rebuild the soul of America, to rebuild the backbone of this nation, the middle class and to make America respected around the world again,” Biden said.
Vice President-elect Kamala Harris introduced her running mate, invoking the legacy of the late Georgia Congressman John Lewis and praising the campaign’s supporters for turning out in record numbers. She said voters had chosen hope, science and truth by selecting Biden as the next president, calling him a “healer and a uniter.”
“When our very democracy was on the ballot in this election, the very soul of America at stake, and the world watching you,” Harris said, “you ushered in a new day for America.”
Kamala also credited Biden for taking the risk of choosing a woman as his running mate: “While I may be the first woman in this office, I will not be the last, because every little girl watching tonight sees that this is a country of possibilities.”
SHARE THIS ARTICLE 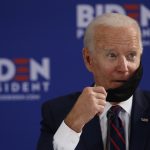