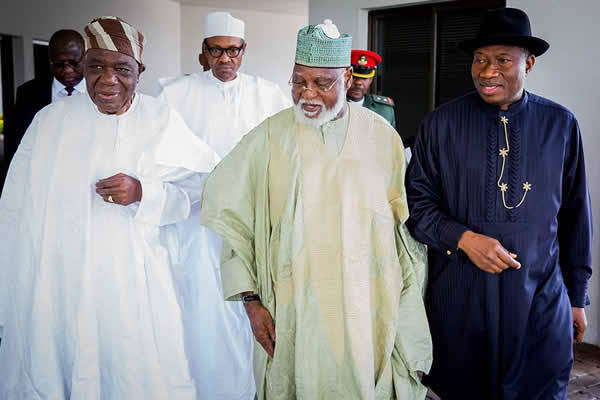 Nigeria’s past leaders except Gen. Ibrahim Babangida are meeting with  President Muhammadu Buhari at the Presidential Villa, Abuja, over the state of the nation.

Although the agenda of the meeting is unknown, it is believed that issues bordering on the security situation in the country are being discussed.

Persecondnews had reported that #EndSARS protest has been sweeping the country in the last two weeks with military crackdown on the protesters at Lekki Toll plaza, Lagos.

Following reported fatalities, several police stations, public and private buildings as well as business premises had been vandalized, looted or burnt in Lagos and in Southwest. 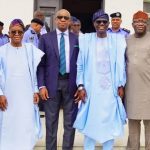