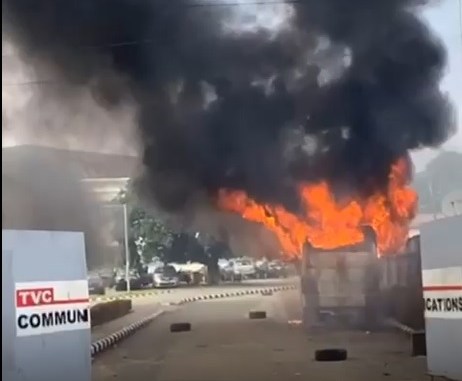 Some suspected hoodlums have set fire to the headquarters of Television Continental (TVC) at Ketu, Lagos.

According to a staff of TV station, Morayo Afolabi-Brown, the hoodlums broke into the premises in a van and ordered her to go on a commercial break before setting the multi-storey building on fire.

The arsonists were said to have linked the station to Asiwaju Bola Tinubu, national leader of APC.

The attack was reportedly triggered when soldiers swooped on the Lekki Toll Gate on Lagos island on Tuesday night and opened fire on protesters, leaving many dead. 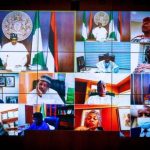