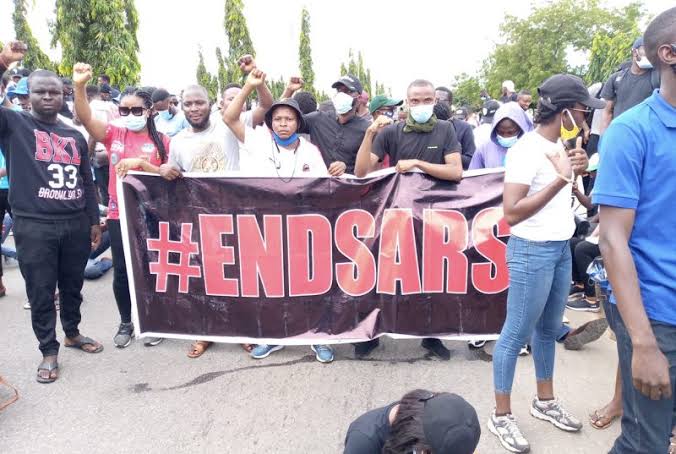 Worried by sponsored attacks and police offensives against #EndSARS protesters, the Socio-Economic Rights and Accountability Project (SERAP) has taken President Muhammadu Buhari and the Inspector-General of Police, Mr Muhammed Adamu, to court over ongoing intimidation, harassment and attacks on peaceful protesters campaigning against police brutality and corruption across the country.

Joined as respondents in the suit are the Attorney-General of the Federation and Minister of Justice, Mr Abubakar Malami (SAN) and Commissioner of Police Lagos State, Mr Hakeem Odumosu.

The suit was filed on Thursday morning at the Federal High Court, Lagos, on behalf of SERAP by its lawyers, Mr Kolawole Oluwadare and Opeyemi Owolabi.

SERAP is seeking an order to protect and secure the fundamental rights of peaceful protesters across the country participating in the #EndSARS/#SARSMustEnd protests or any other peaceful protests, to wit: their rights to life, dignity, personal liberty, freedom of expression and peaceful assembly.

SERAP is also seeking an order of injunction restricting the Federal Government and the police whether by themselves, their officers or agents, from stopping the protests and from harassing, arresting, detaining, or violating in any other ways the fundamental rights of Nigerians participating in peaceful protests across the country.

“The right to protest constitutes the very foundation of a system of participatory governance based on democracy, human rights, the rule of law and pluralism. Failure to respect and ensure the right to peaceful protest is typically a marker of repression.

“In a democracy, people must be given the freedom to come together to express their opinions on issues they care deeply about. The role of government is to facilitate that democratic participation, and not to restrict or criminalize it,’’ it said in a statement emailed to Persecondnews.

The organisation is asking the court for an order directing the Federal Government and Nigeria police to identify all perpetrators of brutality and human rights violations against peaceful protesters across the country, and bring them to justice without further delay.

SERAP is also asking the court for an order compelling and directing the Federal Government and Nigeria police to disclose the total number of protesters in the #EndSARS/#SARSMustEnd protests arrested across the country, their places of detention and details of allegations against them.

It also stated:“The fundamental human right to protest enables individuals to express themselves collectively and to participate in shaping their societies. The right of peaceful assembly is important in its own right, as it protects the ability of people to exercise individual autonomy in solidarity with others.

“A protest is a form of expression of views on current issues affecting government and the governed in a sovereign state. It is a trend recognised and deeply entrenched in the system of governance in civilized countries. It will not only be primitive but also retrogressive if Nigeria continues to stifle or cripple this right.

“Peaceful assemblies can play a critical role in allowing participants to advance ideas and aspirational goals in the public domain and to establish the extent of support for or opposition to those ideas and goals.

“SERAP is seeking an order for the immediate and unconditional release of all those still being detained across the country solely for peacefully exercising their rights. The court should direct the Federal Government and Nigeria Police to immediately identify all victims of police brutality during the protests and adequately compensate each of the victims [and their families] by paying each the sum of N200,000,000:00.

“SERAP is also seeking a declaration that the action of the Federal Government and Nigeria Police to intimidate, harass, threaten, arrest, beat, shoot, kill and detain unarmed peaceful protesters in the #EndSARS/#SARSMustEnd protests since 7th October, 2020 to date is wrongful, unlawful and constitutes gross violation of the protesters’ human rights.

“SERAP is seeking a declaration that the response by the Federal Government and Nigeria Police to protests across the country since 7th October, 2020 to date is wrongful, unlawful and constitutes gross violation of the protesters’ rights to life, dignity, personal liberty, freedom of expression, and peaceful assembly guaranteed under Sections 33, 34, 35, 36, 39, 40 and 41 of the Constitution of Nigeria 1999 (as amended).’’

The statement said: “Paragraph 3[e] [i]-[v] of the Preamble to the Fundamental Rights [Enforcement Procedure] Rules 2009, provides that the court shall encourage and welcome public interest litigations in the human rights field and no human rights case may be dismissed or struck out for want of locus standi.

“The fundamental right of citizens to freedom of expression, peaceful assembly and freedom of association are guaranteed by Sections 39 and 40 of the 1999 Constitution and Articles 9 and 10 of the African Charter on Human and Peoples Right. These provisions are clear, direct and unambiguous.

“These rights are formulated and designed to confer on every person the right to assemble freely, protest, and associate with other persons. The right to protest on matters of public concern are rights which are in the public interest and that which individuals must possess and which they should exercise without impediment as long as no wrongful act is done.”

“In a democracy, it is the right of citizens to conduct peaceful processions, rallies or demonstrations. It is a right guaranteed by the 1999 Constitution. The obligation to respect and ensure peaceful assemblies imposes negative and positive duties on States before, during and after assemblies.

“The negative duty entails that there be no unwarranted interference with peaceful assemblies. States must also protect participants against possible abuse by non-State actors, such as interference or violence by other members of the public, counterdemonstrators and private security providers.”

SERAP, quoting Amnesty International, said at least 10 people have died in the ongoing protests over police brutality. The excessive use of force by the police in response to the protests reveals the longstanding disregard for the right to life by Nigerian security forces. 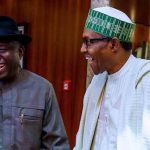