A man, who announced his own death and forged death certificate to escape justice, has been beaten to his own game by the Economic and Financial Crimes Commission (EFCC).

Hauled up before a Federal High Court in Osogbo, the state capital, Oghenekewe is facing a three-count charge bordering on attempt to defraud and presentation of fake death certificate to EFCC while under investigation.

The offences violated Section 1 (2) (c) of Miscellaneous Offences Act,  Laws of the Federation, 2004.

The accused gave the fake death certificate to one Felix Iyekute to present to the EFCC, Ibadan Zonal Office on his behalf while undergoing investigation for fraud, according to Police Prosecutor Usman Muritala, Persecondnews reports.

The accused pleaded innocence of the offences and his lawyer, Mr M. O. Benson, made an oral bail application to the court to release him.

But Justice Emmanuel Ayoola, in his ruling, asked the lawyer to file a written bail application before the court.

In the meantime, Ayoola ordered that the accused should continue on administrative bail granted him by the EFCC.

The court has fixed Nov. 18 for ruling on the bail application. 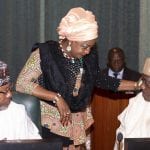