For knife-stabbing a man during a brawl at a village in Ogun State, a 25- year-old man, Obinna Ubah, has been hauled up before a magistrate court and slammed a N100, 000 bail.

He was asked to produce a surety, who must be a tax payer before he can a temporary reprieve.

The defendant, who allegedly stabbed a man, Sulaiman Lawal with knife, is facing a charge of assault at an Ota  court.

The defendant, however, pleaded not guilty to the charge.

According to Police Prosecutor Rose Mary Samson, Ubah committed the offence on Sept.9 at 11.00pm at Baba Kekere Junction, Ilogbo near Ota.

The defendant assaulted the complainant, Sulaiman Lawal by stabbing him at the back with knife, which caused him a serious injury, he alleged.

The offences violated Section 355 of Criminal Code, Laws of Ogun, 2006.

Ruling on his bail application, the Magistrate, Mrs B.S. Abdulsalam, said in addition to the N100, 000 bail,  the surety must be resident within the court’s jurisdiction and submit four passport photographs to the court.

The surety must show evidence of tax payment to Ogun State Government as part of the bail conditions, she said.

The case was adjourned until Sept. 23 for hearing. 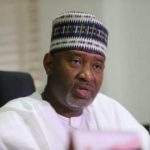 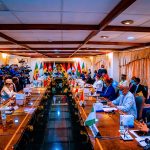