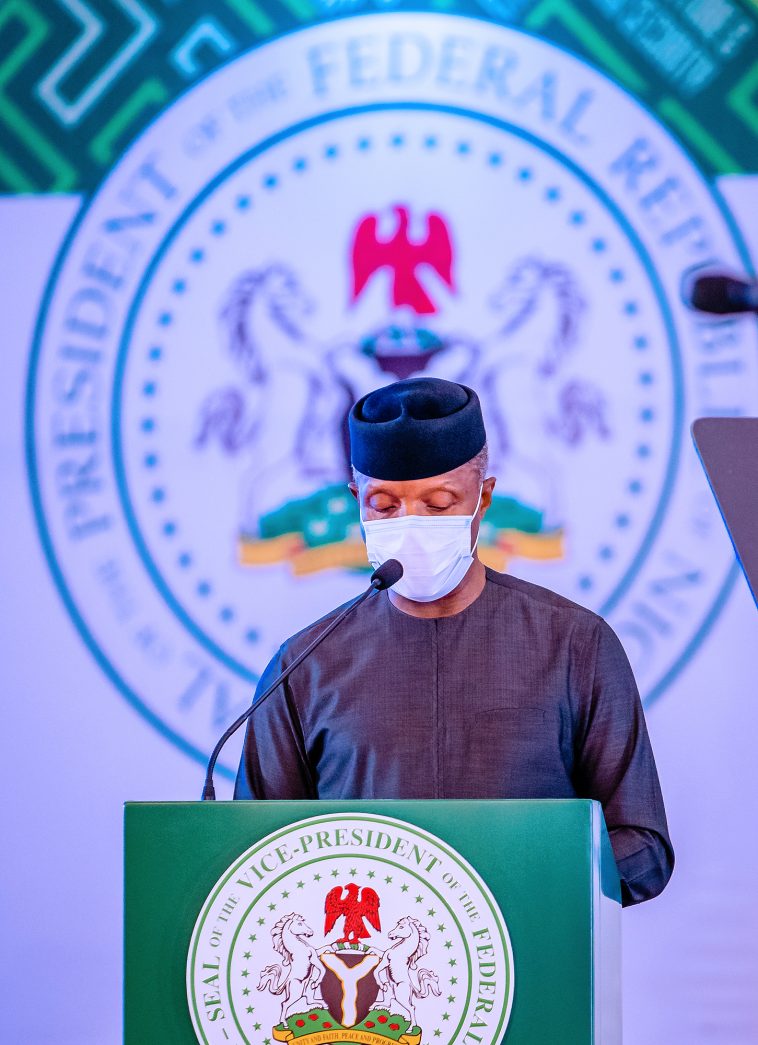 As the rage over petrol subsidy removal and the new electricity tariff lingers, President Muhammadu Buhari on Monday said any attempt to return to payment of subsidy on petroleum products will lead to several negative and unpalatable challenges for the country.

He also said the about N1.7 trillion spent by the administration to supplement tariff shortfalls in the electricity sector was not sustainable.

“There are no resources to continue in this way and it will be grossly irresponsible to borrow to subsidize generation and distribution of electricity which are both privatized,’’ Buhari at the start of the first-year ministerial performance review retreat in Abuja.

Coupled with the subsidy issue, the President disclosed that the country’s revenues and foreign exchange earnings had dropped by almost 60 percent as a result of COVID-19 pandemic.

He said his administration was extremely mindful of the pains that higher prices mean at this time, and would not take the sacrifices by all Nigerians for granted.

“The COVID-19 pandemic has led to a severe downturn in the funds available to finance our budget and has severely hampered our capacity. One of the steps we took at the beginning of the crisis in March when oil prices collapsed at the height of the global lockdown was the deregulation of the price of premium motor spirit (PMS) such that the benefit of lower prices at that time was passed to consumers.  This was welcome by all and sundry.

“The effect of deregulation though is that PMS prices will change with changes in global oil prices. This means quite regrettably that as oil prices recover we would see some increases in PMS prices.  This is what has happened now. When global prices rose, it meant that the price of petrol locally will also go up.

“There are several negative consequences if government should even attempt to go back to the business of fixing or subsidizing PMS prices.  First of all, it would mean a return to the costly subsidy regime. Today we have 60% less revenues, we just  cannot afford the cost.

“The second danger is the potential return of fuel queues – which has, thankfully, become a thing of the past under this administration. Nigerians no longer have to endure long queues just to buy petrol, often at highly inflated prices. Also, as I hinted earlier, there is no provision for fuel subsidy in the revised 2020 budget, simply because we are not able to afford it, if reasonable provisions must be made for health, education and other social services. We now simply have no choice.

“Nevertheless, I want to assure our compatriots that Government is extremely mindful of the pains that higher prices mean at this time, and we do not take the sacrifices that all Nigerians have to make for granted. We will continue to seek ways and means of cushioning pains especially for the most vulnerable in our midst,’’ Buhari, who was represented by Vice-President Yemi Osinbajo at the occasion, said.

“We will also remain alert to our responsibilities to ensure that marketers do not exploit citizens by raising pump price arbitrarily. This is the role that the government must now play through the Petroleum Products Pricing Regulatory Agency (PPPRA). This explains why the PPPRA made the announcement a few days ago setting the range of price that must not be exceeded by marketers.

“The advantage we now have is that anyone can bring in petroleum products and compete with marketers, that way the price of petrol will keep coming down.”

On the impact of COVID-19 on the nation’s revenue, Buhari said: “For the government, it has been a particularly trying time. As a result of the poor fortunes of the oil sector, our revenues and foreign exchange earnings have fallen drastically. Our revenues have fallen by almost 60 percent.

“Yet we have had to sustain expenditures, especially on salaries and capital projects, in order to keep the economy going.”

The President said his administration adopted a N2.3 trillion economic sustainability plan to mitigate the effects of the economic slowdown including fiscal, monetary, and sectoral measures which were expected to enhance local production, support businesses, retain and create jobs and provide succor to Nigerians, especially the most vulnerable.

“But we have also had to take some difficult decisions to stop unsustainable practices that were weighing the economy down.”

Expressing his disappointment with the services being provided by the nine electricity distribution companies in recent times, Buhari said with dwindling resources, spending N1.7 trillion on electricity tariff subsidy was no longer sustainable.

“The recent service-based tariff adjustment by the DISCOs  has also been a source of concern for many of us. Let me say frankly that like many Nigerians I have been very unhappy about the quality of service given by the Discos, but there are many constraints including poor transmission capacity and distribution capacity.

“I have already signed off on the first phase of the Siemens project to address many of these issues. Because of the problems with the privatization exercise, government has had to keep supporting the largely privatized electricity industry. So far to keep the industry going we have spent almost N1.7 trillion, especially by way of supplementing tariffs shortfalls.

“We do not have the resources at this point to continue in this way and it will be grossly irresponsible to borrow to subsidize a generation and distribution which are both privatized. But we also have a duty to ensure that the large majority of those who cannot afford to pay cost reflective tariffs are protected from increases.

“NERC, the industry regulator therefore approved that tariff adjustments had to be made but only on the basis of guaranteed improvement in service. Under this new arrangement, only customers who are guaranteed a minimum of 12 hours of power and above can have their tariffs adjusted.

“Those who get less than 12 hours supply, or the B and D and E Customers MUST be maintained on lifeline tariffs, meaning that they will experience no increase. This is the largest group of customers. Government has also taken notice of the complaints about arbitrary estimated billing.

“Accordingly, a mass metering programme is being undertaken to provide meters for over five million Nigerians, largely driven by preferred procurement from local manufacturers – creating thousands of jobs in the process. NERC has also committed to strictly enforcing the capping regulation which will ensure that unmetered customers are not charged beyond the metered customers in their neighbourhood. In other words no more estimated billings,’’ the president said.

The President said in order to address the power problems  it must be noted that most Nigerians are not even connected to electricity at all.

Buhari said: “So as part of the Economic Sustainability Plan, we are providing Solar home systems to 5 million Nigerian households in the next 12 months. We have already begun the process of providing financing support through the CBN for manufacturers and retailers of Off Grid Solar Home Systems and Mini-Grids who are to provide the systems.

“The Five million systems under the ESP’s Solar Power Strategy will produce 250,000 jobs and impact up to 25 million beneficiaries through the installation This means that more Nigerians will have access to electricity via a reliable and sustainable solar system.

“The support to Solar Home System manufacturers and the bulk procurement of local meters will create over 300,000 local jobs while ensuring that we set Nigeria on a path to full electrification. The tariff review is not about the increase, which will only affect the top electricity consumers, but establishing a system which will definitely lead to improved service for all at a fair and reasonable price.”

He described as coincidental the timing of the adjustments in prices of petrol pump price and power tariff, saying “it  is important to stress that this is coincidental in the sense that the deregulation of PMS prices happened quite some time ago, it was announced on 18 March 2020 and the price moderation that took place at the beginning of this month was just part of the on-going monthly adjustments to global crude oil prices.’’

“Similarly, the review of service-based electricity tariffs was scheduled to start at the beginning of July but was put on hold to enable further studies and proper arrangements to be made.  This government is not insensitive to the current economic difficulties our people are going through and the very tough economic situation we face as a nation, and we certainly will not inflict hardship on our people.

“But we are convinced that if we stay focused on our plans, brighter and more prosperous days will come soon. Ministers and senior officials must accordingly ensure the vigorous and prompt implementation of all of our programmes which will give succour to Nigerians.”

The President said the Central Bank of Nigeria (CBN) had created credit facilities of N100 billion for the healthcare and  the manufacturing (N1 trillion) sectors.

According to him, from January, 2020 to date, over N191.87 billion has already been disbursed for 76 real sectors projects under the N1 trillion Real Sector Scheme; while 34 Healthcare projects have been funded to the tune of N37.159 billion under the Healthcare Sector Intervention Facility.

“The facilities are meant to address some of the infrastructural gap in the healthcare and manufacturing sector as a fall out to the COVID-19 pandemic and to facilitate the attainment of the Government’s 5-year strategic plan.”

Also addressing the retreat, the Secretary to the Government of the Federation, Mr Boss Mustapha, said the retreat is to help the government to address the country’s current economic challenges and consolidate on its achievements in the past year.

He said the retreat would review the performance of each minister in delivering the priority mandates, including programmes and projects assigned to them upon their appointment in 2019, identify key impediments to implementation and re-strategize on how to accelerate delivery of results, given the current economic situation.

The retreat is also an opportunity to effectively evaluate the activities of the ministries over the last 12 months with regard to the delivery of our agenda and promise to Nigerians and that progress on performance of the implementation of the 9 priority areas will be reported on a regular basis.

He said as at September 2nd, this year, a total of 282 memos have been presented out of which 191 have been approved. 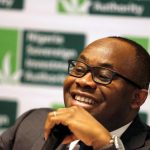 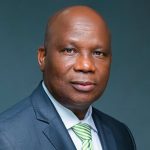