With the inauguration of President Muhammadu Buhari on May 29, 2019 as the 5thExecutive President of democratic Nigeria whose political slogan and socio-political matrix is CHANGE and in 2019, NEXT LEVEL, the president left no one in doubt that he had set his mind to reforms, reengineering governance, challenging and disrupting the status quo – doing things differently and business unusual. With tenacity of purpose and clear-cut vision and mission, Buhari imposed on himself the primacy of pursuit and wagging a vitriolic war against corruption and graft which hitherto had been elevated and promoted to a state policy.

Buhari, who had no legal background, needed to  vitalize the judicial arm of government particularly the Ministry of Justice and key into the vision of the ministry “ to make justice accessible to all, consistent with the ideals of democracy and the rule of law’’, away from his military background of authoritarianism and dictatorship. The justice ministry is the government’s primary institution responsible for the constitutionalism, provision of legal services, administration of justice and the promotion of socio-economic development of the country. The ministry, primus inter pares and the hub on which the wheel of governance other ministries rotates, has the mandate to provide legal advice and services to the government, promote legal rights of citizens and interface between the Executive and the Legislature by supporting legislative (drafting) processes.

With its all-around, all-powerfulness and inclusiveness status, the ministry also facilitates a responsive legal system capable of addressing topical and emerging legal issues, public needs with efficiency and transparency. To actualize and undertake these tasks, the Buhari Presidency had to search out not just a lawyer or attorney but a seasoned, thoroughbred and iconic Attorney-General and Minister. Thrown up by the wind of destiny is a Senior Advocate of Nigeria (SAN), Mr Abubakar Malami as the helmsman.

Reports in the media indicate that Malami has been Buhari’s Attorney at law before he became president. Buhari deserves laudation for identifying, appointing and assembling good hands and technocrats to execute his agenda for the country, particularly his cardinal anti-corruption programme which he has elevated to a state policy. Some of the apposite and well-suited appointments Mr President made especially in his second term include but not limited to Malami, Malam Mele Kyari, the NNPC Group Managing Director, the Deputy Governor of the Central Bank of Nigeria (CBN), Economic Policy, Dr Kingsley Obiora, who assumed duty on March 2, 2020. He was pulled out of International Monetary Fund (IMF) in U.S. as an Alternate Executive Director.

For Malami, a dexterous, deft, ingenious and adroit legal icon and successful businessman/farmer, he immediately on assumption of duties conceptualized and keyed into the President’s vision and the ministry’s mission statement :“to maintain the highest standards of professionalism, loyalty to the ideals of fairness and sustenance relationship between all arms and tiers of government’’.

To date, this quiet, noiseless, reticent and laconic achiever had carried out far-reaching reforms and pieces of legislations, most of which are unpublished and uncelebrated in the media.

In a ministerial performance report at the Federal Executive Council meeting, the apex organ of government at the centre, Malami unveiled the unequalled and unmatched achievements the Ministry of Justice and its nine parastatal agencies recorded in the last years in the life of this administration. Striking and of note are the unification of the Criminal and Penal Code (CPC), two sets of laws being operated in the country since independence – Penal Code for the North and Criminal Code for the Southern Nigeria – another first or novelty; revision of the Laws of the Federation of Nigeria (LFN 2004), reform of the Code of Conduct Bureau and Tribunal Act (CCB/CCT), reform of the Central Bank of Nigeria (Establishment) Act, and reform of the Companies Income Tax Act (CITA).

On the anti-graft war that had reached a level of unhealthiness, endemic and pandemic before the Buhari administration came on board, Malami inaugurated the following: Anti-Money Laundering Combating of Financing Terrorism (AML/CFT), Asset Tracing, Recovery and Management Regulations, 2019; Voluntary Offshore Assets Regularization Scheme (VOARS), Standard Operating Procedure for Asset Disposal, Final Forfeiture Order from the High Court across the country.

Under the ministry’s Implementation of National Anti-Corruption Strategy (2017-2021), the National Criminal Justice Information System was established, The famous Whistle Blower law which helps to provide information leading to tracing and recovery of stolen or laundered funds was also introduced. Nigeria also sponsored resolution on strengthening Asset Recovery to support 2030 Agenda for sustainable development through the distinguished participation of the Minister of Justice, Mr Malami in Abu Dhabi in December 2019.

As a result of the commitment of Malami to the anti-graft war, billions of dollars and naira were recovered in the following configuration:

For accountability and transparency as announced by the government, monies recovered from oil companies and the Abacha loot were committed to the ongoing reconstruction of the Lagos-Ibadan Expressway, Kano-Abuja Expressway and the 2ndNiger Bridge.

Other deliverables of the ministry are Nigerian Correctional Services Act 2019 (prisons) signed into law on August 14, 2019 by the President, involvement in World Trade Organization (WTO) negotiations which gave birth to African Continental Free Trade Area (AfCFTA), reporting regular updates to the African Commission on Human and Peoples Rights and provision of international legal guidance for the complete demarcation exercise between Nigeria and Cameroun. Others landmark achievements are requests for extradition, dropping of eight cases at the International Criminal Court, requests for mutual legal assistance from 58 countries and recovery of $14 million bond on the San Padre Pio Swiss vessel.

Still on the economy, the ministry under the leadership of Malami, also initiated bills for Acts to Regulate Emerging Digital – Financial Sub-sectors of the nation’s economy. They are FINTEC – Technological Platform to Enhance Rapid Economic Growth by Providing Digitalized Financial Services and Products; National Digital Certification Authority – Regulate Issuance and Processing Public and Private Electronic Keys to Authenticating Digital Document s for Transactions; and Crypto Currency – to prepare Nigeria for the emerging realities relating to Digital Cash, Bitcoins and E-currency.

Also as a result of the pro-action, innovativeness and ingenuity of Malami, for the first time since Nigeria retuned to democracy, the President issued 10 Executive Orders, some of which are to further stimulate and jazz up the economy. They are Promotion of Transparency and Efficiency in the Business Environment (2017), Submission of Annual Budgetary Estimates by Statutory and Non-Statutory (2017), Support for Local Content in Public Procurement by Ministries, Departments and Agencies of Federal Government (2017), Voluntary Asset and Income Declaration (2017), Planning and Execution of Projects, Promotion of Nigeria Content in Contract and Science and Technology (2018) and Preservation of Suspicious Assets Connected with Corruption and Other Relevant Offences (2018).

On the frontal war on piracy, about 170 anti-piracy operations with total market values of N3.1 billion were carried out while the ministry also expanded the Copyright E-Registration System; in all, six criminal convictions were made with the recovery of 3.3 million pirated copyright works countrywide.

Under the new arrangement, a Call-in Centre was set up at the Legal Aid Council headquarters to enable members of the public to call in and seek legal assistance. To take the services to the grassroots, a National Paralegal Summit was held which has helped to broaden the scope of free legal services in the rural areas in cases such as crime, land dispute, matrimonial issues, inheritance etc.

Also noteworthy is the payment of N135 million as compensation to the families of Apo Six killings in Abuja by security agents. In furtherance of its human rights protection, the ministry crafted the following bills passed by the National Assembly: Anti-torture Act 2017, Niger Delta Development Commission (Amendment) Act, Compulsory Treatment and Care for Victims of Gunshot Act 2017 and Discrimination against Persons with Disabilities (Prohibition) Act. At the international level, Malami facilitated meetings with the United Nations Special Rapporteur on Adequate Housing for citizens – Rights to Adequate Standard of Living and Non-Discrimination and Extra-Judicial, Summary and Arbitrary Executions to Nigeria.

On another national war – illicit drug trafficking, the ministry-supervised NDLEA crackdown on warehouses and joints across the country particularly in Kano State led to the seizure of 316 tons of drugs, arrests of 9, 831 suspects and prosecution of 1, 245 out of which 1, 236 convictions were secured while seven traffickers were acquitted. Also, 21 suspected suppliers were apprehended while new strategies were launched to incapacitate drug merchants through seizure and forfeiture of their assets to the government.

On litigations, the ministry’s Department of Public Prosecutions handled criminal cases including cybercrimes, 10 hostage taking and kidnapping, 30 Securities and Exchange Commission Related Offences as well as 500 Terrorism cases. At the end of 2019, 40 per cent completion rate of the cases was recorded while it increased to 45 per cent by May 2020.

In summation, it is, however, instructive to note that a country’s legal system is key to engendering and catalyzing its economic and political development as aptly and deftly demonstrated by Nigeria’s Chief Law Officer, government’s legal adviser, attorney and Justice Minister, Mr Abubakar Malami (SAN). Just as the Vice-President, Prof. Yemi Osinbajo (SAN) carried out sweeping reforms in state laws, judiciary and administration of justice as the Attorney-General and Commissioner for Justice in Lagos State which made Lagos State the best among the 36 states , Malami’s initiatives have, no doubt, given the country’s legal system a new lease of life, the first in decades.

Malami, a non pariel, pearl and achiever, has etched his name in the annals of judicial reforms, innovatory legislations and anti-corruption institutional strengthening as the Justice Minister, who knows his onions. His performance profile cannot be doused, denigrated or ignored even by critics and masterminds of the vicious and malevolent media offensives and vituperations against aimed at pitting him against the President.

For a man who has served his country, the government and the people with diligence and candour, commendation not politically motivated diatribe should be the reward. The truth is that whether this generation appreciates Malami or not, his contributions will be preserved for posterity and posterity will remember him as a man of integrity, courage and promoter of good governance, welfare and prosperity of the people. 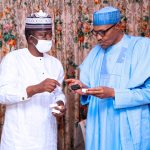 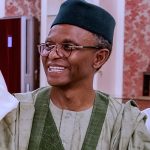