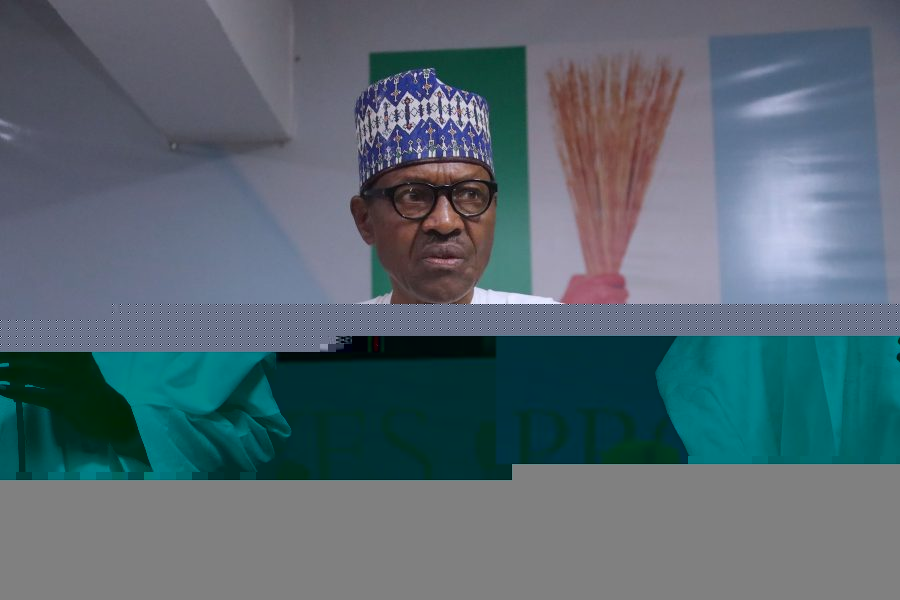 People to watch out for — Victor Giadom,  Ndoma-Egba, Amosun, Yari, an unnamed ex-senator from the Delta

With the dust of the political turmoil at the All Progressives Congress (APC) national office in Abuja which has claimed the National Working Committee (NWC) gradually settling and extinguishing, it is now done deal that a new course should be charted for the ruling party ahead of the 2023 polls.

The way forward as enunciated by President Muhammadu Buhari and the interim committee chaired by Gov. Mai Mala Buni of Yobe State is to reconcile warring party leaders and factions as well as deconstruct the party and organize a convention to pave way for the emergence of a new chairman and other officers to replace the Adams Oshiomhole-led NWC.

The National Executive Committee meeting was convened at the State House by court-backed Chief Victor Giadom, the Deputy National Secretary as the Acting National Chairman which was attended by Buhari as the leader of the party, Vice-President Yemi Osinbajo and other bigwigs.

Giadom had secured an ex parte order on March 16, 2020 from a Federal High Court in Abuja which pronounced him as the Acting Chairman.

One of the fall-outs of the meeting was the dissolution of the NWC and appointment of a caretaker committee.

The party, regrettably and embarrassingly, was embroiled in festering leadership crises resulting in the emergence of four acting chairmen of the political movement or association including the late Sen. Abiola Ajimobi, ex-Oyo State Governor, who was bed-ridden with COVID-19 and died without assuming office.

The Buni caretaker committee had paid visits to some party leaders including a former Lagos State Governor and national leader, Asiwaju Bola Tinubu, who was pitted against Buhari as he backed a different acting chairman from the President’s choice. Tinubu was not invited to the meeting as he is not a member of NEC.

Before Buhari’s intervention, there were litigations everywhere and he in his capacity as the authentic leader of the party endorsed the NEC meeting having “sought highest legal opinions’’. The legal opinion was credited to the Attorney-General and Justice Minister, Mr Abubakar Malami, a very good legal advice which has saved the party from disintegration and for which the anti-Buhari group is persecuting, maliciously attacking and unleashing their venoms on him through sponsored false media reports.

Their political ambitions in 2023 might have been ruptured, fractured or scuttled by the legal advice of the Attorney-General.

Before this time, the suspended chairman of APC, Adams Oshiomohole, a two-term governor of Edo in South-south Nigeria, who had been having a running battle with key stakeholders and chieftains of the party from the outset in 2018 when he took over, eventually lost out with the sacking of his NWC.

Oshiomohole was foisted on the party by powerful interests, away from the tactful, diplomatic and mature elder statesman and ex-governor John Odigie-Oyegun which many old horses denounced and also threw out of the ship. The resultant effect was a growing sense of unease among governors and the elders of the party. Decorum and respectability were thrown overboard while impunity reigned supreme.

Among the ill-considered steps that dogged the former national labour leader is that he tried to fly-by-wire to short circuit the process of getting the party on the winning streak, moon or landslide victories at all levels of the 2019 polls. Trust the labour leader-turned politician, unabashedly, got down to brass tacks in a commando style always clad in his civilian khaki uniform characteristic of labour leadership especially while calling out workers for a work-to-rule or national strike.

In some instances and situations in some states, Oshiomohole succeeded while he performed abysmally in others leaving the party to count its losses particularly in Zamfara, Bayelsa, Rivers to mention a few. Rather than APC deepening internal democracy, dictatorship and imposition of candidates through direct and indirect primaries, and in some, no primaries, held sway.

It got to a head when Oshiomohole looked at those who installed him in the eye and suspended them from the party including ex-Ogun Gov. Ibikunle Amosun, Ondo Gov. Rotimi Akeredolu (SAN) and others.

Part of Oshiomohole’ misadventures was launching vitriolic attacks and diatribe on former President Olusegun Obasanjo, asking President Buhari to probe his former boss in the military for his alleged involvement in the multi-billion dollars power sector investment and privatization, bringing the duo on a collision course; his predecessor, Oyegun and some royal personage, clerics and highly placed politicians.

By nature, Oshiomohole is hamfisted, choleric, fractious and has hair-trigger temperament. Amid whirlwind of leadership crisis and politics of succession sweeping the party and the now bare APC secretariat hitherto festooned with Oshiomohole’s banners and pictures, injunction and counter-injunction for his removal and retention, the party cannot be the same again as he cannot enjoy the confidence and support of key stakeholders. Oshiomohole appears to be trapped in the quicksand of his recklessness, brashness and one-man riot squad approach to leadership.

Also, Persecondnews recalls the “god-father combat’’ between Oshiomhole and Edo Gov. Godwin Obaseki and the garage fight between him and Dr Chris Ngige, the Minister of Labour and Productivity.

In 2019, the Chief Bisi Akande-led committee to reconcile aggrieved members had impossible and an uphill task to contend with. To some senior party members and close allies of Mr President,  Oshiomohole was the problem and therefore, reconciliation remained a lot of bugger as he continued bristling with indignation to sitting governors and past governors and lawmakers. In a climate of incipient war, as long as the principal actors (suspects) are still in the saddle, mutual distrust, suspicion and bitterness will continue to linger thereby weakening the fabric of the party with some at injury time ready to wreak revenge and fatal havoc.

In the annals of party hierarchical structure, organization, politics and leadership succession, the Africa National Congress (ANC) of South Africa and the defunct Unity Party of Nigeria (UPN) with their idealistic values are good examples to follow. From Nelson Mandela to Jacob Zuma and others, there is no short circuiting the process. And in any set up or political arrangement, change is not only permanent but is the game changer. In any marriage particularly if it has broken down irretrievably, divorce or separation or sack of either spouses is inevitable.

For a true reconciliation and rebuilding of the broken walls of APC, emergence of a new leadership is a sine qua non. Party politics and organization is about consensus building, negotiation, dialogue, not brashness, braggadocio or breathing down on fellow party members.

APC, a coalition of parties, is no doubt, endowed with men and women of moral probity, strong characters, political sagacity and wisdom as well as men of the legal profession. As the party prepares for the convention before the close of the year to elect new officers, credible people who can lead the party to victory ahead of 2023 polls as President Buhari exits office include Sen. Ibikunle Amosun, former Ogun governor and the immediate past acting chairman for about two weeks, Chief Victor Giadom (Rivers).

Others are Senator Victor Ndoma-Egba, former Zamfara Gov. Abdulaziz Yari, a former Minister from Niger Delta and a senator from Rivers.

Giadom is eminently qualified to run for the office having successfully organized a NEC meeting that repositioned the party and for accepting to step down but the other groups may not accept him for credibility problems.

Yari, who has not given up the ambition to lead the party in spite of the odds against him, is generally regarded as controversial coupled with his abysmal performance as governor and alleged corruption charges leveled against him. He was also accused of causing the party a terrible defeat by the PDP in the 2019 polls in the state.

All the aspirants but those from Niger Delta stand the chance as long as the office of national chairman of APC is zoned to the Southsouth.  So, Yari and the debonair politician and Buhari’s close ally, Ibikunle Amosun, may be compensated with other positions in the 2023 political arrangement.

Ndoma-Egba, the three-term senator and Senate Leader at a time, lawyer, urbane and debonair politician, who had served as the Chairman of the Niger Delta Development Commission (NDDC) during President Buhari’s first tenure, is not controversial and he is a dark horse with huge capacity to lead the party. Serving in the Senate, it is believed, might have given him the opportunity to have been involved in negotiations and political log-rolling on a national scale and therefore must have made friends, acquaintances and colleagues across the 36 states.

Ndoma-Egba appears not too ambitious to lead the party, but definitely he must be a willing horse; his sterling qualities stand out: brainy, a team player, political strategist, former Senate Leader, a consensus builder par excellence, a good listener who is also amenable.

As a lawyer and grassroots politician from Cross River, he is likely to be more circumspect in dealing with party leaders, members, the various publics of the party as well as the opposition parties.

Little is known about other aspirants being sponsored from Rivers and other parts of Niger Delta. But the point should be made that in fixing the leadership lacuna in APC to shape Nigeria’s politics in 2023 and beyond as well as help stabilize the party, it needs a mature leader with legal background, not a man of rash and impetuous behavior.

A former Senator from Lagos State told Persecondnews that the Bola Tinubu group is also planning to field some candidates for the party positions in furtherance of the 2023 presidential ambition of their leader. But the body language of Buhari to take over as the leader of the party is giving the group some logistic concerns as the elective convention is being planned for Abuja and not Lagos or in the South.

According to a one-time House of Representatives also from Lagos in his reaction to the various political horse-trading, the plans and calculations are simply “quixotic’’. He believed that the coast will become clearer in the next few months when the convention date is announced and the guidelines on zoning released.

Again, the recent defection of the former Speaker of the House of Representatives, Yakubu Dogara, from PDP to APC and his visit to Buhari accompanied by caretaker committee chairman, Gov. Buni of Yobe State, has made the political permutations bedraggled and the political traffic tailing back. 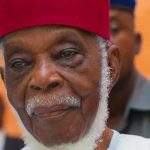 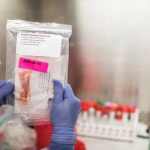