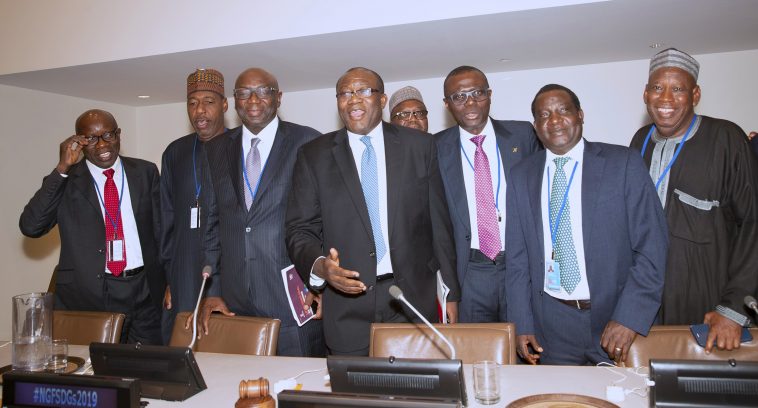 The Socio-Economic Rights and Accountability Project (SERAP) has taken the 36 state governors to court asking for an order to ccompel them to use security votes and funds budgeted for life pensions of former governors to fund health care and to address the impact of COVID-19 on millions of Nigerians.

It also wants the governors to publish details of spending on COVID-19 in their respective states.

The filed at the Federal High Court, Abuja, is seeking an order for leave to apply for judicial review and an order of mandamus to direct and compel the governors to disclose how much they have collected from the Federal Government as COVID-19 support, from private donations and other sources, as well as details of their spendings.

Another declaration being sought is that the failure of the 36 state governors to respond in a satisfactory way to SERAP’s requests amount to a fundamental breach of the FoI Act, the 1999 Nigerian Constitution (as amended), and the African Charter on Human and Peoples’ Rights.

The suit followed SERAP’s Freedom of Information (FoI) requests dated 25 April 2020, expressing concern thatmany state governors are spending scarce state resources to pay themselves security votes and their predecessors life pensions rather than using such funds to effectively respond to COVID-19 by investing in and improving public healthcare facilities in their states.

While Governor El-Rufai claimed that the FoI is inapplicable in Kaduna state, Governor Abdulrazaq said the information requested by SERAP is protected from disclosure by the FoI.

Governor El-Rufai claimed: “The FoI is binding only on the Federal Government and its agencies, the Federal Capital Territory, and the states that choose to domesticate it. We are therefore not bound to respond to your request using the threat of an FoI Act that is inapplicable in our state.

“Should you choose to rephrase your request as a citizen or voter in Kaduna, to whom we are accountable under OGP commitments, I will direct the relevant departments of government to respond. Our version of FoI is with the State House of Assembly for domestication.”

In his response, Gov. Abdulrazaq said the category of the information requested is protected from disclosure under the Freedom of Information Act.

But SERAP in the suit said: “By a combined reading of the FoI Act, the Nigerian Constitution, and the African Charter on Human and Peoples’ Rights, which is applicable throughout the country, governors El-Rufai and Abdulrazaq and other 34 governors ought to be compelled to invest in healthcare facilities, and to tell Nigerians how they are spending COVID-19 funds and donations in their states.”

The suit filed on behalf of SERAP by its counsel, Mr Kolawole Oluwadare and Mrs Atinuke Adejuyigbe read in part: “The 36 governors have a responsibility to act in the interest of Nigerian citizens and residents in their states under the Code of Conduct for Public Officers [Fifth Schedule Part 1] of the Nigerian Constitution, and Oath of Office of Governor of a State in Seventh Schedule to the Constitution.

“The crux of SERAP’s argument is better expressed in the following questions: What is the economic benefit of appropriation of security votes and pension to former governors and deputy governors to the citizens of Nigeria during a pandemic? Why should the governors spend so much on a relatively negligible percentage of the population at the expense of the majority of the citizens?

“The office of a governor is created by Section 176 of the Constitution, and the governors are vested with powers to act as members of the executive pursuant to Section 5[2] and [3] of the Constitution. These statutory functions, among other duties of the governors, are guided by rules including the Oath of Office of Governor of a State.

“The oath of office of governors is integral to the honest performance of their functions in the public interest. The oath is considered of such importance that Section 185[1] of the Constitution provides that the governors can perform their respective official functions only after taking the oath of office.

“It can be inferred that appropriation of hundreds of millions of Naira for security votes and payment of pensions to former governors in the face of glaring socio-economic effects of COVID-19 on citizens and residents can only be in the personal interests of the governors and their colleagues, in clear conflict with public interest and well-being and prosperity of the country and its people.

“Majority of Nigerians continue to live in poverty and without access to basic necessities of life such as healthcare, and clean water, as established by the National Bureau of Statistics in its 2019 Report.

“The unconscionable allocations to security votes and pensions for former governors are happening at a critical time that Nigeria requires urgent infrastructural development to lift itself out of the quagmire of poverty and underdevelopment in response to the harsh realities of COVID-19 pandemic on the people.

“The 36 governors ought to be directed and compelled to provide details of palliatives and reliefs that they have provided to the most vulnerable people, including the list of beneficiaries, details of what they are doing to improve testing for COVID-19, isolation centres, as well as ensure safe protective equipment for health workers.

“The 36 governors ought to be directed and compelled to provide details of what they are doing to ensure full respect for human rights of everyone and access to justice for victims of human rights violations and abuses during and linked to COVID-19, as well as any support they are providing to the Nigeria Centre for Disease Control (NCDC) to improve its capacity to respond to COVID-19.”

SERAP insists that the suit is of public concern as it bothers on issues of national interest, public welfare and interest, social justice, good governance, transparency and accountability.

“The right to truth allows Nigerians to gain access to information on what their state governments have done or are doing to cushion the socio-economic effects of COVID-19 on Nigerians.” 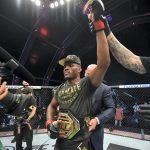 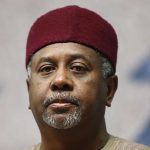