Nigeria's Gas
The Nigerian National Petroleum Corporation (NNPC) says it produced 218.37 billion Cubic Feet (BCF) of natural gas in March 2020, out of which 33.45BCF and 87.28BCF was produced for domestic consumption and export market.
The record translates to an average daily production of 7493.65Million Standard Cubic Feet per Day (mmscfd), according to NNPC Monthly Financial and Operations Report for March 2020, the 56th edition in the series that began in 2016.
NNPC, however, reported a trading deficit of ₦9.53billion for March 2020 compared to the ₦3.95billion surplus posted in February 2020.

The report declared that the over 300 per cent decline in March 2020 earnings was due primarily to the huge decrease of 181 per cent in the National Oil Company’s Upstream Subsidiary, Nigerian Petroleum Development Company’s (NPDC) due to the decline in crude oil prices precipitated by  the Coronavirus-induced global slowdown.

It also led to reduced exports and dwindling world oil consumption combined with deficits posted by the refineries among others.

The NNPC MFOR indicated a total crude oil & gas export sale of $256.19million in March 2020 which decreased by 30.89 per cent, compared to last month’s. Of the total sales, crude oil export sales contributed $184.59million (72.05 per cent) of the dollar transactions compared with $281.14million contribution in the previous month; while the export gas sales amounted to $71.60million in the month.

The March 2019 to March 2020 crude oil and gas transactions indicated that crude oil & gas worth $4.95billion was exported.
A release by the corporation’s Group General Manager, Group Public Affairs Division, Dr Kennie Obateru,  said 3,119.89BCF of gas was produced from March 2019 to March 2020, representing an average daily production of 7,912.05mmscfd.
It explained that period-to-date production from Joint Ventures (JVs), Production Sharing Contracts (PSCs) and NPDC contributed about 69.37 per cent, 21.67 per cent and 8.95 per cent, respectively to the national gas production.

The report said 55.63 per cent of the average daily gas produced was commercialized, while the balance of 44.37 percent was re-injected, used as Upstream fuel gas or flared.

Gas flare rate was 9.08 per cent for the month under review i.e. 679.54mmscfd, compared with average gas flare rate of 8.43 per cent i.e. 666.90mmscfd for March 2019 to March 2020, the statement emailed to PerSecondnews on Wednesday, said.
In the Downstream sector to ensure continuous availability of Premium Motor Spirit (PMS) otherwise called petrol and effective distribution of the product across the country, about 1.73 billion litres of PMS, translating to 59.72mn liters per day, were supplied for the month.
The corporation said it had continued to diligently monitor the daily stock of PMS to achieve smooth distribution of petroleum products and zero fuel queue across the nation.
Within the period under review, 19 pipeline points were vandalized representing about 47 per cent decrease from the 32 points recorded in February 2020. Atlas Cove-Mosimi accounted for 53 per cent, while Mosimi-Ibadan recorded 21 per cent and Suleja-Minna accounted for the remaining 26 per cent.
The report assured that NNPC, in collaboration with the local communities and other stakeholders, continuously strived to reduce the menace to the barest level.
The corporation carried its adherence to transparency and accountability a notch higher last week,  March 19, 2020 when it published its 2018 Audited Financial Report.
The initiative has received accolades from transparency watchdogs locally and internationally in addition to endorsement by many Nigerians who encouraged other government agencies to follow suit.
SHARE THIS ARTICLE 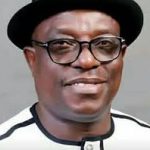 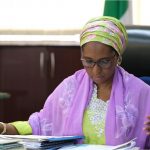