killer knife
Overtaken by wrath and dementia, an octogenarian and former Director-General of a government radio station has knifed his septuagenarian wife to death in Imerienwe in Ngor Okpala Council  Area of Imo State.
Imerienwe community  drew a horde of people from far and near following the tragic incident in the early hours of Monday.
According to witnesses, the 86 year-old ex-DG of the Imo Broadcasting Corporation, Owerri, Pa T.C. Okere, had stabbed his fatally wife, 77-year-old retiree of the Imo State Polytechnic.
It was gathered that the wife killer was suffering from ‘advanced dementia’.
Villagers had said: “Pa Okere was having advanced dementia and everyone in the village knows his health condition.
“He didn’t know that he had killed his wife because when he was asked about her, he said she was sleeping.
“We took him to the hospital, they said we should come after the pandemic.”
Confirming the incident, the spokesman for the State Police Command, DSP Orlando Ikeokwu, but did not give details.
“Investigations into the unfortunate incident will soon commence.” 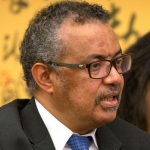 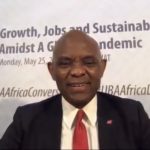