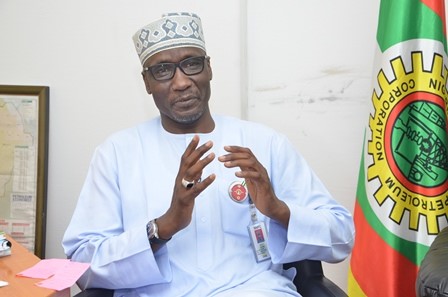 … an 111 per cent Increase in Trading Surplus

…sold ₦2.6tn products with petrol accounting for 98.06 per cent
The Nigerian National Petroleum Corporation (NNPC)’s downstream subsidiary, Petroleum Products Marketing Company (PPMC) has announced that it sold petroleum products worth ₦211.62 in February.
Sales of white products for the period (February 2019 to February 2020) stood at about ₦2.6 trillion with petrol contributing about 98.06 per cent of the total sales value of about ₦2.5 trillion.
The N211.62 figure which is contained in the February 2020 NNPC Monthly Financial and Operations Report (MFOR) is significantly higher compared to the previous month’s ₦151.79 billion.
The Group General Manager, Group Public Affairs Division, Dr Kennie Obateru, who disclosed this on
Tuesday in Abuja also disclosed that about 1.7 billion litres of white products were sold and distributed by PPMC in the month of February 2020 compared with about 1.2 billion litres sold in January 2020.

Total sale and distribution of white products for the period February 2019 to February 2020 stood at about 21billion litres) and PMS accounted for 20.8billion litres or 98.73 per cent.

On pipeline vandalism, it said during the period under review, a total of 32 pipeline-points malfunctioned or were vandalized, representing about 47 per cent decrease from the 60 points recorded in January 2020 comprising 22 pipeline breaches, eight-weld failures and two pipeline ruptures.

The report said Mosimi area accounted for 78 per cent of total cases, the Port Harcourt axis 16 per cent and all other routes accounted for the remaining 6 per cent.In respect of natural gas off-take, commercialization and utilization, out of the 241.74Billion Cubic Feet (BCF) of gas supplied in February 2020, 146.54BCF was commercialized, consisting of 35.83BCF and 110.71BCF for the domestic and export market respectively, translating to a total supply of 1,235.56million Standard Cubic Feet per day  (mmscfd) of gas to the domestic market and 3,817.40mmscfd of gas supplied to the export market for the month.

According to the report, 699mmscfd was delivered to gas-fired power plants to generate an average power of about 3,064MW, compared with January 2020 when an average of 640mmscfd was supplied to generate 2,683MW.

PerSecondNews reports that the 55th edition of the MFOR indicates an increased trading surplus of ₦3.95billion compared to the ₦1.87billion surplus posted in January 2020.The 111 per cent growth in the month is largely attributable to improved performance of the Nigerian Gas Company (NGC) as a result of its low expenses put at over 100 per cent.

Other reasons cited for the increased trading surplus are the reduced deficits post by the Downstream units, refineries, as well as the NNPC corporate Headquarters, the report states. 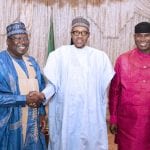 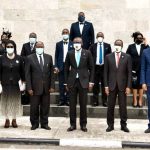