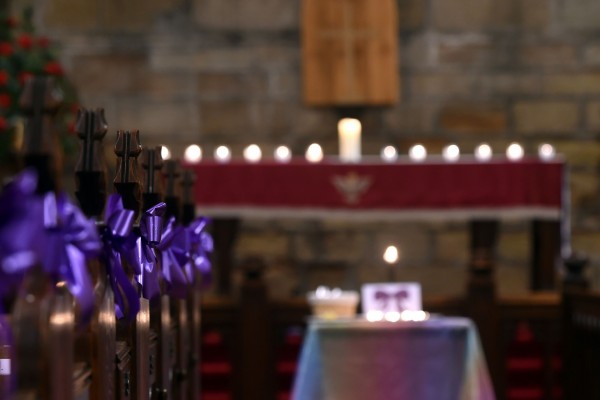 Church
The Federal Government should set out guidelines for the gradual reopening of churches and mosques in some states in the country after a six-week lockdown, says a Catholic Archbishop.
“Many are suffering spiritually, emotionally and psychologically, ” the Catholic Archbishop of Lagos, Alfred Martins, said on Sunday.
In his homily delivered on a DStv channel, he called on federal and state governments to consult with stakeholders to set out guidelines for such gatherings, which he said must be strictly adhered to.
PerSecondNews recalls that the Minister of Labour, Productivity and Employment, Mr Festus Keyamo (SAN) had on Sunday warned against a fresh lockdown of some parts of the country in Lagos State.
Gov. Babajide Sanwo-Olu of Lagos had threatened to slam another lockdown on the state following violations and abuse of the ease of the lockdown guidelines and protocol.

Martins said in the telecast:  “If transportation, banking and other sectors would reopen and yet would be safe, we need to follow guidelines.

“Our leaders in government took this step in dialogue with stakeholders because those sectors are very important for the lives of people.

“Let me say dear brothers and sisters that the religious lives of people are also important. Many are truly suffering, spiritually, emotionally and psychologically.

“I believe it is important for our government to engage leaders of religious groups so that guidelines can be established for gradually unlocking our mosques and churches’ gates.

“Of course, no one wants to put the lives and well-being of anyone in danger. After all, when the pandemic is over, it is people that would come to worship.

“I believe that religious leaders would be responsible in this matter and would ensure that guidelines for reopening that are mutually agreed are strictly adhered to.”

“That is why I believe it is not enough to simply say religious bodies remain banned. It is important rather to say the situation would continue to be reviewed.

“These are difficult decisions to make, but we do believe that when we think and talk together, great things can happen for God and for the nation.
“We pray that the Lord will heal our land and guide our leaders in the difficult decisions they have to make with regards to this present situation,” the archbishop said.

He recalled that Sunday (May 10) marks the eighth Sunday that Catholics in Lagos had been unable to gather physically for mass, describing the  situation as sad.

Showing some level of understanding, Martins said:“But, it is understandable because the coronavirus has continued to ravage the land.

“The number of infections is rising and also the number of deaths is also rising. We are seeing an increase in community infections.”

On the need for the nation to reopen for business, the archbishop said: “However, our leaders in government have been able to recognise the fact that once a rat gets inside a house, the best thing to do is to set a trap for the rat, while you go about your life.

“I believe that was why they chose to relax the lockdown. But not just simply relaxing, but by setting out guidelines that must be followed if we are to remain safe and if the economy will be gradually reopened.”