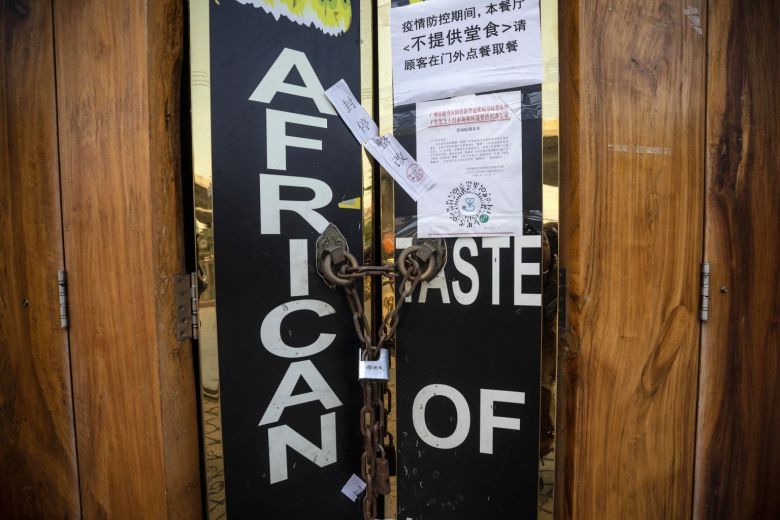 Africans in China under attack

…it’s a red line, we‘ll fight it to the very end

…to demand compensation from China

The continued mistreatment and abuse of Africans including Nigerians in Guangzhou, China, in spite of interventions at different levels has attracted the ire of the Federal Government with a damning disappointment.

It said on Thursday that it will not accept racial discrimination against its citizens in that country.

“So for us as I said, it’s a red line and we are going to fight it to the very end. We are extremely disappointed because we have excellent relations with the government and people of China that such a thing can happen at this stage,’’ Persecondnews quotes the Minister of Foreign Affairs, Mr Geoffrey Onyeama, as saying.

He was responding to a question in respect of medical assistance being provided by China, especially in the context of cases of discrimination or racism that has been taking place in the Asian country.

Onyeama said the Nigerian Consulate in Guangzhou had been directed “to systematically detail every single case of discrimination and every single case of loss or damage suffered by any Nigerian, saying anyone that requires compensation and damages will be vigorously pursued to logical conclusions.

“Now we have been engaging with Chinese government at various levels at the level of our Consulate in Guangzhou, which is where these cases of discrimination and racism have been taking place and also at the federal level Beijing with our ambassador and the embassy in Beijing.

“So, we have made it clear to the Chinese government in no uncertain terms unequivocally that under no circumstances will we accept racial discrimination against Nigerians or indeed Africans or blacks in China, that that is a red line for us.

“They have in turn told us that that there is no case of that ongoing but clearly, you know, we are seeing videos, I have received reports and we’ve told them it’s unacceptable and we’re also engaging with other African countries to decide and work together on definitive steps and measures that we will take because of this situation.

“You know when there were calls for travel to be banned to China when they had the outbreak in Wuhan and so forth, you know we went along with the World Health organization’s advice not to place a ban on China and we showed real solidarity because we have also had our own experience of epidemics with Ebola and so forth.

“But really we are deeply wounded by what has happened to Nigerians and other Africans in China. Of course, the government has given us explanations and so forth, but really it is something we never expected and we will pursue it to its final conclusion and we will not make any compromises in doing so,’’ the foreign affairs minister promised.

“But I can assure you that where this is concerned we are going to pursue it with very end and irrespective of whatever economic cooperation that we have with China.

“Because in the world of today, we absolutely will not and cannot tolerate and accept any form of racism or discrimination against blacks, against the Africans and as the largest black country in the world, it behoves on us to be at the frontline in defending the dignity of blacks and Africans everywhere in the world.”

On a Nigerian in the UK who paid 350 pounds four weeks ago with the hope of being evacuated to Nigeria, Onyeama said only a limited number of people could evacuated for now.

According to the minister, announcement was made trying to assess first of all how many Nigerians were in various countries and wanted to come home we pointed out that all communication should be with the High Commission.

“At no time did the High Commission or did any directives emanate from the Ministry of Foreign Affairs that Nigerians should take tests.

“So where did the 350 pounds for tests come from. I really don’t know but it certainly was not from the Ministry of Foreign Affairs or from our various embassies and high commissions.

“Of course there are various stages that one had to go through the first with to the process of collation of the numbers of people who wanted to come in the different countries because there are Nigerians all over the world.

“And once we began to get a sense of the numbers, the next stage was obviously in parallel to that trying to see which airlines and how we could actually convey them back to Nigeria and that has been a longest process because of course, we didn’t want to have a situation where those who wanted to come back with not afford the tickets we explore the possibility of bringing them back free of charge.

“Unfortunately, the funding was not available, resources are not available for that, so we had to negotiate with airlines and then, you know also making sure we have in place the centers where they would stay when they came back,’’ the minster explained.

Onyeama  added: “So this has really been the process is has not been an easy one trying to get all that together. And as I reported yesterday, we still need a little bit more time to have all the, all the accommodation hotels and things ready.

“There are some issues that we were experiencing finding hotels and so forth, but we feel that we are getting over the most difficult part and within two weeks, hopefully we should start the process.

“But since then, there have been other developments; the United Emirates has also putting planes at the disposal of Nigerians in Dubai and we are just looking for clearance and approval whereas Nigerians have bought our tickets.

“The planes are said to be ready to convey them here and so we are just fine-tuning the requisite approvals and then that might already actually be the first one to bring Nigerians home.’’ 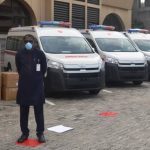 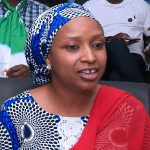