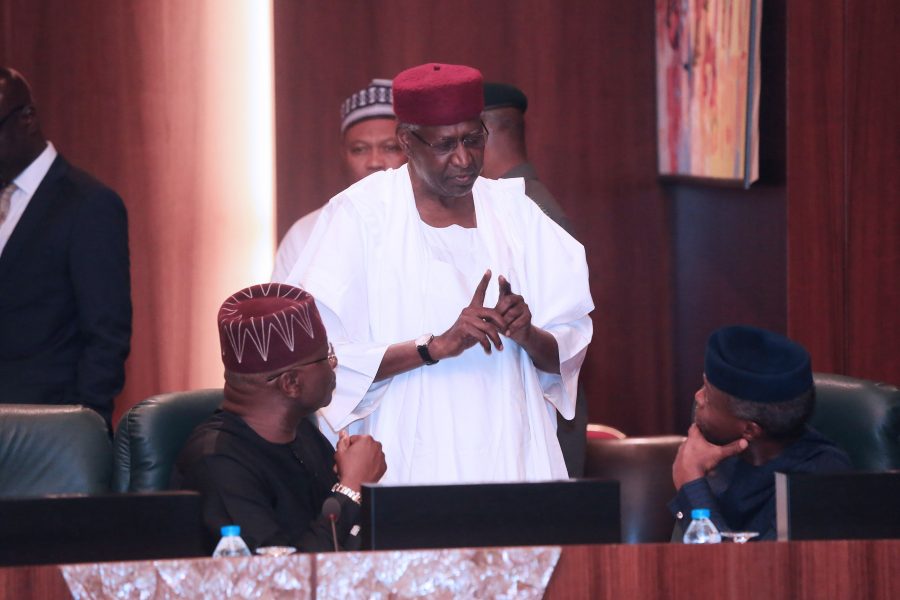 Chief of Staff to the President, Abba Kyari.
In a statement by Mr Laolu Akande, the Senior Special Assistant to the President on Media and Publicity, Office of the Vice-President, Osinbajo consoled the president and his family of the loss.
PerSecondnews reports that Kyari died on Friday evening while undergoing treatment at a private hospital in Lagos.
He buried in Abuja on Saturday morning according to Muslim rites.

Osinbajo said: “Dolapo and I express our sympathies to the President, Mrs Kulu Kyari, the children, and members of the family on the passing of the late Mallam Abba Kyari, Chief of Staff to the President. May the Lord comfort and be with you all in Jesus name. Amen.” 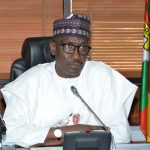 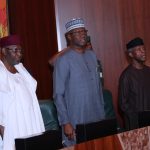