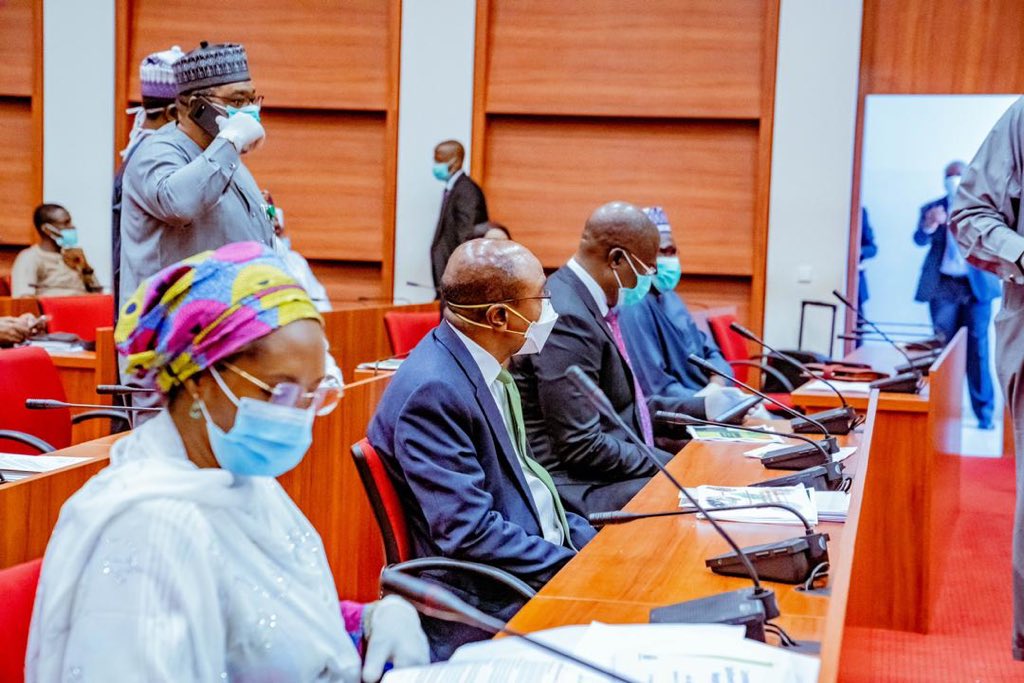  The Federal Government on Wednesday proposed the reduction of oil benchmark from $57 to $30 per barrel which it projected  for 2020 Finance Act.

The Minister of Finance, Zainab Ahmed, disclosed this after a meeting between the executive arm of government and the leadership of the National Assembly in Abuja.

The meeting had reviewed the 2020 budget and Medium Term Expenditure Framework, particularly against the background of the impact of the Coronavirus pandemic on the global economy.

 
The meeting which lasted about four hours was called to discuss the proposed review of the 2020 budget and the Medium Term Expenditure Framework.

The Minister had proposed a review of the 2020 budget using a $30 per barrel price benchmark as against $57 initially passed in December by the National Assembly.

 
She said it was part of the measures to prepare for the worst-case scenario  as well as insulate the Nigerian economy against any form of “unexpected crisis”.

She said the projected revenue for the Nigeria Customs Service has been reduced from N1.5 trillion  to N943billion as a result of anticipated reduction in trade volumes.

“The privatisation proceeds will be cut by 50 per cent, based on the adverse economic outlook on sales of the Independent Power Projects and other assets.” 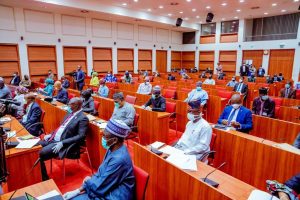 Ahmed said the Federal Government had undertaken cuts to revenue-related expenditures for the Nigerian National Petroleum Corporation for several projects included in the 2020 Appropriation Act passed by the National Assembly in December 2019.

“The Federal Government is working on Fiscal Stimulus Measures to provide fiscal relief for taxpayers and key economic sectors.

“We will incentivise employers to retain and recruit staff during the economic downturn.

 
“We will stimulate investment in critical infrastructure; review non-essential tax waivers to optimise revenues, and compliment monetary and trade interventions to respond to the crisis,” the minister said.

Budget 2020Federal government of NigeriaNASSNigeria
Share
Subscribe to our newsletter
Sign up here to get the latest news, updates and special offers delivered directly to your inbox.
You can unsubscribe at any time

Large-Scale Disinfection Efforts Against Coronavirus Commence At The Presidential Villa