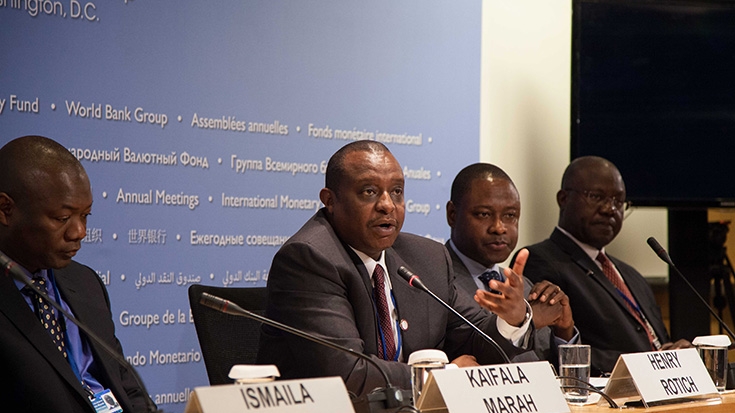 In response to the social and economic impacts of COVID-19, Africa needs an immediate emergency economic stimulus to the tune of 100 billion dollars, African Finance Ministers said on Monday.

They said without coordinated efforts, the COVID-19 pandemic will have major and adverse implications on African economies and the society at large.

At a virtual conference coordinated by the Economic Commission for Africa (ECA) from Addis Ababa, Ethiopia, the ministers called for exchange ideas by member-states on the efforts of their respective governments in dealing with the social and economic impacts of COVID-19.

They noted that even before the COVID-19 pandemic, Africa was already experiencing a huge financing gap in funding measures and programmes aimed at realizing SDGs and Agenda 2063 targets and goals.

According to them, original economic forecasts in most economies are on average, being downgraded by 2-3 percentage points for 2020 due to the pandemic.

Also, as part of immediate health response, the ministers emphasized the need for a coordinated response in the logistics and delivery of testing equipment.

In this regard, the ministers agreed that the various countries should work with the World Health Organization (WHO) and existing continental institutions, in particular, the African Union and Africa CDC, while making maximum use of existing systems and funding partners, such as the Global Fund.

They said special attention should be placed on fragile states and vulnerable populations, especially women and children and those living in informal urban settlements.

On the problems of limited health infrastructure and the fact that most of the pharmaceuticals and medical supplies consumed in Africa are imported, the ministers called on the international community to support the upgrade of the health infrastructure on the continent and also provide direct support to the existing facilities.

On interest on borrowings by the countries, they called for waiver of all interest payments, estimated at 44 billion dollars for 2020, and the possible extension of the waiver to the medium term, expressing the hope that it would provide immediate fiscal space and liquidity to the various governments in their efforts to respond to the pandemic.

“For fragile states, the ministers agreed on the need to consider waiving principal and interest and encourage the use of existing facilities in the World Bank, International Monetary Fund (IMF), African Development Bank (AfDB) and other regional institutions.

“In addition, the ministers underscored the need to support the private sector and protect the over 30 million jobs at risk, particularly in the tourism and airline sectors across the continent.’’

In other critical sectors including agriculture, imports and exports, pharmaceuticals and in banking, the ministers agreed that all interest and principal payments on corporate debt, leases, extended credit facilities, refinancing schemes and guarantee facilities should be used to waive, restructure and provide additional liquidity in 2020.

A liquidity line should also be made available to the private sector to ensure the continuity of essential purchases and all SMEs that are dependent on trade can continue to function.

These measures, it was agreed, must accompany a policy of opening borders for trade.

The ministers noted that Europe and the United States in particular should build this into their package as part of their stimulus to their private and financial systems.