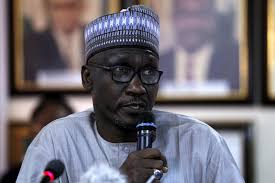 The Nigerian National Petroleum Corporation’s (NNPC) Downstream Sector subsidiary, the Petroleum Products Marketing Company (PPMC), has raked in N337.63 billion from the sale of white products in December 2019 compared to the ₦105.62 billion sales in November 2019.

The Downstream entity in charge of bulk supply and distribution of petroleum products also distributed and sold 2.775 billion litres of white products in December 2019 compared with 0.841billion litres in November same year.

The corporation’s Group General Manager, Group Public Affairs Division of the NNPC, Dr Kennie Obateru, disclosed this in a report published in a statement in Abuja on Sunday, a copy of which was emailed to Persecondnews.
The details of the surplus were captured in the December 2019 edition of NNPC’s Monthly Financial and Operations Report (MFOR).

He also announced an increased trading surplus of ₦5.28 billion representing 34 per cent in its December 2019 operations compared to the ₦3.95 billion surplus posted in November last year.

“The 34 per cent increase for the period resulted from improved performances by some of its entities both in the Upstream and Downstream sectors.’’

It explained that in general terms, the performance was impacted positively by the reduced deficit posted by NNPC corporate Headquarters during the period under review; adjustments to previously understated revenues by IDSL and Duke Oil; and reduction in the costs of pipeline repairs/Right of Way maintenance and gas purchases by NPSC and NGMC respectively.

This translates to a supply of 1,121.77Million Standard Cubic Feet per day (mmscfd) of gas to the domestic market and 3,662.70mmscfd of gas supplied to the export market for the month.

The 53rd edition of the MFOR reported 40 vandalized pipeline points, representing about 41 per cent decrease from the 68 points vandalized in November 2019.

Out of the vandalized points, 10 failed to be welded, while none was ruptured.

To stem pipeline vandalism, NNPC said it had stepped up collaboration with the local communities and other stakeholders. 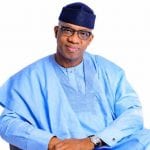 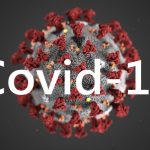