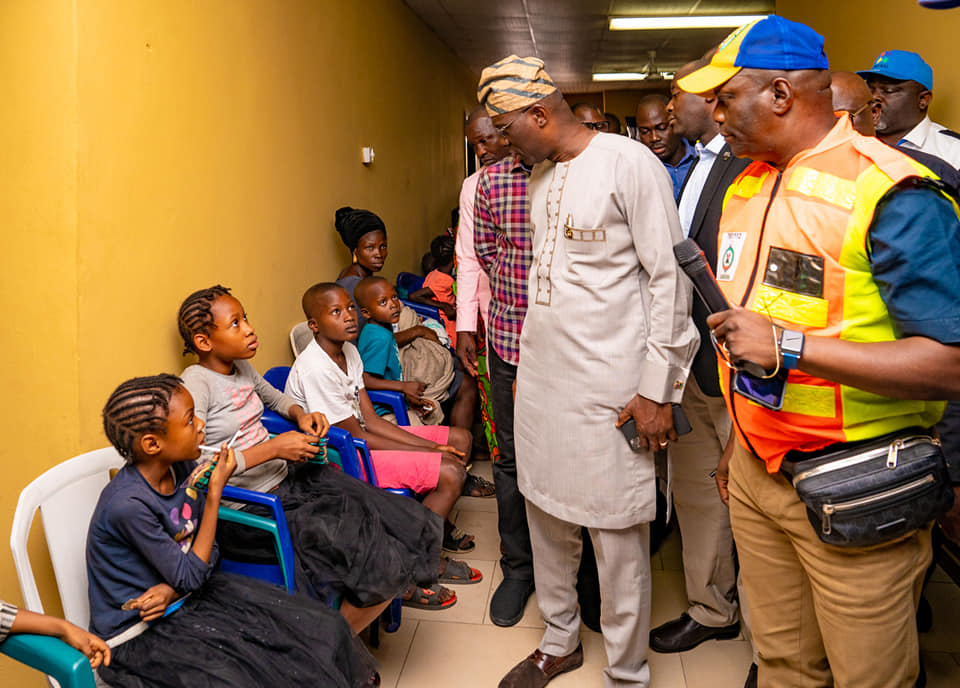 Share
Following a colossal destruction of lives and properties in Sunday’s gas explosion, Lagos State Governor, Babajide Sanwo-Olu has set up a N2 billion relief fund for the victims.
He immediately announced state government’s donation of N250 million.
PerSecondnews recalls that a deafening and massive explosion had hit Abule Ado area of Amuwo-Odofin council area on Sunday leaving 17 people including the female principal of an all-girls secondary school, a family of four dead.
More than 70 houses were also consumed in the fire.
The bang reverberated in virtually all parts of the metropolis.

Sanwo-Olu, who visited the scene of the tragedy on Monday morning, appealed to corporate organisations and public spirited individuals to support by contributing to the fund.

“I have set up Abule Ado Emergency Relief Fund; it is a N2 billion relief fund and the state government will immediately put in N250 million to that fund and overnight, I have gotten three banks to open account for that fund and what that are we trying to achieve?“This is beyond what the state government can achieve on its own. This is beyond what a government, nation or state level can undertake on its own.
” I am aware that some of my fellow governors have called, and have also received phone calls from the private sector, so what this fund will do is to give everybody the opportunity to be part of it and to be able to donate into it.
“Of course, the utilisation of this fund, which will also be headed by the deputy governor will also be part of the responsibility the committee will be saddled with.

“Just to know we are serious and are committed to it. I have three account numbers already — I have the Polaris Bank, with the account number-4030017510 account name is Abule Ado Emergency Relief Fund,” he said.

 Sanwo-Olu also inaugurated a fact-finding committee to investigate the cause of the incident, directing the committee to submit its report in two weeks.

He governor told the residents that his administration was working with the Nigerian National Petroleum Corporation and the National Emergency Management Agency {NEMA] to make life easier for the victims.

The governor also said:“We are working with NEMA, NNPC and other agencies to make life easier to everyone affected in the tragic incident at Abule Ado, which claimed lives and caused extensive property damage.

“I offer my condolences to everyone affected.”
LagosSanwo-olu
Share
Subscribe to our newsletter
Sign up here to get the latest news, updates and special offers delivered directly to your inbox.
You can unsubscribe at any time