We have an obligation to get security right in West Africa, says U.S Secretary of State in visit to region 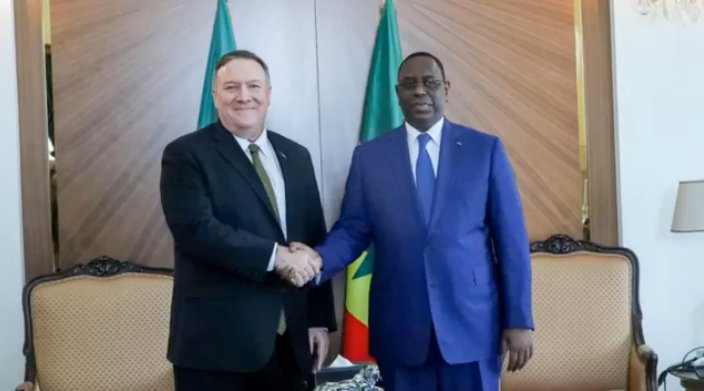 U.S. Secretary of State Mike Pompeo said the Trump administration is working to determine what level of American military forces is needed in West Africa to counter the rise of extremist violence in the region.

“We have an obligation to get security right here, in the region — it’s what will permit economic growth and we’re determined to do that,” Pompeo said at the end of his visit to Senegal.

“And I’m convinced that when our review is done, we’ll have a conversation with not just Senegal, but all the countries in the region … We’ll deliver an outcome that works for all of us.”

“We did have a lot of conversation about security issues here, about America’s role in those. We’ve made it clear that the Department of Defense is looking at West Africa to make sure we have our force levels right,” Pompeo said to reporters Sunday. “I was here as CIA director, so I know these security issues very, very well. We’ll get it right, we’ll get it right collectively; I’m convinced of that.”

Pompeo said the U.S. will work with Senegal, other West African countries and France to counter the growing threat of extremist violence.

Senegal’s Foreign Minister Amadou Ba confirmed that West Africa is concerned about the extremist violence that is spreading in West Africa.

“Terrorism has no border, and it is very costly,” said Ba at the news conference with Pompeo. He said that Senegal and the region wants continued military support from the U.S.

PompeoU.SWEST AFRICA
Share
Subscribe to our newsletter
Sign up here to get the latest news, updates and special offers delivered directly to your inbox.
You can unsubscribe at any time