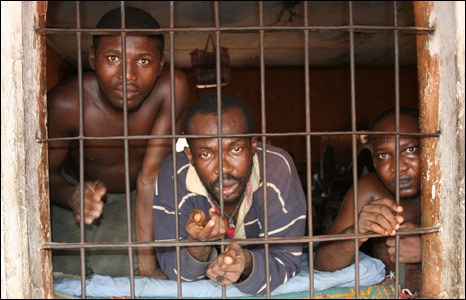 Confusion, fright and grief has enveloped the State Criminal Investigation and Intelligence Department, Yaba, Lagos, following the discovery of a policeman, simply identified as Eze, who launched a fatal attack on himself right in the police cell.
He terminated own life by hanging under mysterious circumstances.

The cop, who was attached to a Dangote factory, was arrested and detained after he allegedly shot dead a man.

According to a police source, Eze was brought to the State CID for investigation and possible prosecution in court.

 “But he hanged himself in the cell around 2.00 am on Wednesday,” he said.

Persecondnews reports that officers and men as well as bystanders were in droves discussing the incident.
The State Command spokesman, DSP  Bala Elkana, has yet to comment on the development following media enquires.
MORE DETAILS

More facts have emerged why a Police Inspector, Okon Essien, committed suicide in a cell at the Lagos State Criminal Investigation Department (SCID).

Essien, who was arrested and detained for fatally shooting a man, Hassan Stanley in Lekki/Ajah area, killed himself to evade trial and conviction, police authorities said on Wednesday evening.

According to the Command’s Spokesman, DSP Bala Elkana, Essien was arrested at Akodo on January 1 with three of his colleagues namely; Insp. Lawrence Adegboye, Insp. Olorunloju Olusegun and Sgt. Ovbioghi Joseph for killing Stanley.

He said the police officers intercepted four suspects —  Samson Ugonah, Omachi Godwin, Hassan Stanley and Prosper Okoye — along Area 12, Offshore Oil Dangote Refinery Project, Akodo. Elkana said: “Insp.nEssien is alleged to have shot at one of the suspects, Stanley, resulting in his death.

“The policemen were arrested and taken to SCID, Yaba, for investigation.”

As the investigation profressed, the guilt-racked Essien killed himself in custody.

His corpse had been deposited at the mortuary while Police Commissioner Hakeem Odumosu had ordered an indepth investigation into the incident. 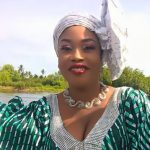 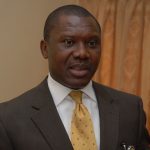