…girls bolted after he became unconscious

After expressing their sympathies and hope of his early recuperating, one after the other they descended on him and pummeled him sexually.

They, however, disappeared fearing that he had gone into a prolonged state of unconsciousness.

The teenage girls, who had seized him in his one-bedroom apartment in the lonely area of  Ayetoro-Itele, a border village between Lagos and Ogun states and subjected him to several rounds in the hour-long romp, it was learnt.

The popular Biology teacher was, however, lucky as a neighbour who was still in the house that fateful morning sneaked out to inform the police.

“The five girls, who were in mufti of between ages 16 and 18 walked into the man’s room with their school bags while some were carrying their notes and textbooks.

“I saw them but we thought they came to pay the teacher get-well visit since he could not go to school for some days; I heard some noise from the room but ignored it thinking they were having some discussions.

“A few minutes after the girls had left I saw him naked, lying unconscious in his room and I had to go to the nearby police station to report.

“They took him to the hospital where he was given some medications,’’ a witness and co-tenant said.

Meanwhile, police have begun investigation into the incident and apprehend the girls. 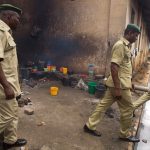 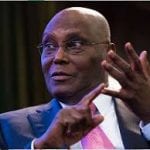