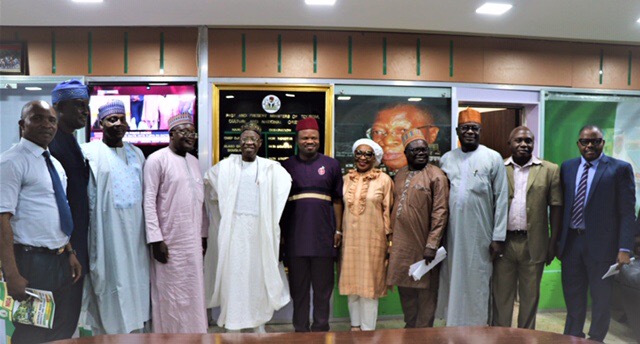 The Minister of Information and Culture, Alhaji Lai Mohammed (fifth from left); the President of the Nigeria Union of Journalists (NUJ), Mr. Chris Isiguzo (fifth from right) and other executives of the NUJ when they paid a courtesy visit to the Minister in Abuja on Monday

The Minister of Information and Culture, Alhaji Lai Mohammed, has assured that the plan by the Federal Government to regulate the social media is not aimed at gagging journalists or stifling free speech.

According to him, the debate on the social media regulation has been robust, with some commentators supporting the plan and others opposing it, adding that the federal government will not relent in its quest to inject sanity into the social media.

Alh. Mohammed, who made this known when he received the National Executives of the Nigeria Union of Journalists (NUJ), led by its President, Christopher Isiguzo, on a courtesy visit in Abuja, challenged the NUJ to lead the ongoing efforts to rid the social media of fake news and hate speech.

He said: “As a matter of fact, the NUJ and other media professional bodies should take the lead in sanitizing the social media space, because they will be the first victim when the people lose confidence in the media due to the reckless actions of non-journalists and purveyors of fake news and hate speech.

”Let me be clear; We are going ahead with our plan to stop, as much as we can, the anarchists, non-patriots and purveyors of fake news and hate speeches. No responsible government will sit by and allow these purveyors of fake news and hate speech a free reign. That’s why many countries of the world are taking measures to regulate the social media.

“We will work with stakeholders, including the NUJ, Guild of Editors, Newspaper Proprietors Association of Nigeria, the Civil Society, Online Publishers, Bloggers, etc.”

The minister assured that the federal government will not act unilaterally in deciding the strategy to adopt in regulating the social media.

He said: ”It is up to the stakeholders to decide the best option. But we have also taken the initiative to meet, very soon, with the platform owners like Facebook, WhatsApp, Google, Twitter and Instagram, among others, to engage them on the way forward.”

In his remarks, the NUJ President, Mr. Chris Isiguzo, thanked the government for boosting security through the Nigerian Internal Security and Public Safety Alert System, adding that the NUJ will key into for enhanced safety of journalists in the country.

He revealed that the NUJ is also working with stakeholders to present a bill to enhance welfare package for journalists before the National Assembly. 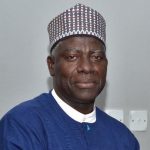 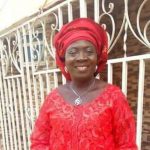