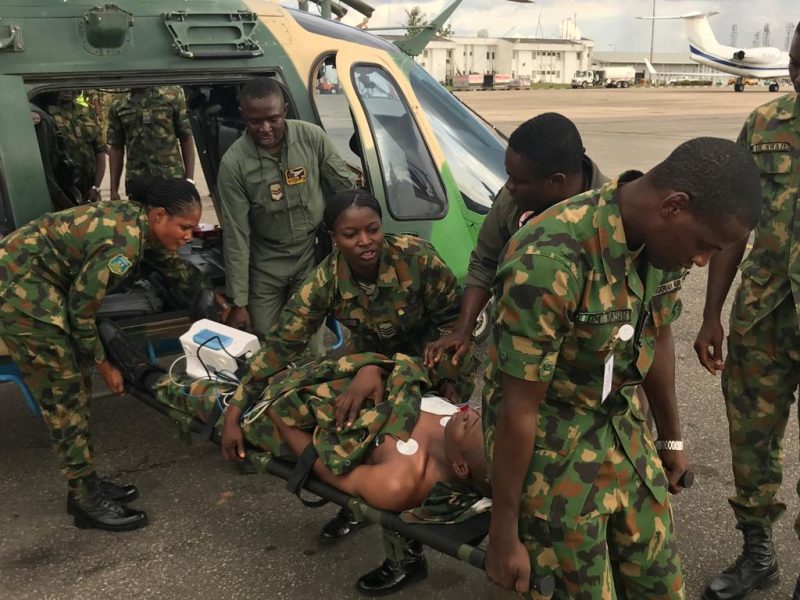 The training on Casualty Evacuation (CASEVAC) is part of a four phased Aerial Patient Movement Program.

The rigorous two-week training, conducted at the Nigeria Air Force Base Hospital Abuja, will enable the Air Force to more effectively recover wounded soldiers from the battlefield.

Estimates from Military experts indicate that one-fourth of all soldiers killed fighting terror and Boko Haram extremists could have been saved with better care, Per Second News gathered.

The Nigeria Air Force personnel acquired lifesaving first-aid skills to be used in the field, in addition to familiarizing themselves with techniques to both properly load patients on helicopters and care for them in-flight.

Nigeria Air Force helicopter pilots were also trained by U.S. instructor pilots on how to effectively plan and execute a Casualty Evacuation Mission.

These trainings are to assist in the increase of the medical capability of the Armed Forces of Nigeria.  The training provided patient evacuation tactics, techniques, and procedures to reduce casualty mortality rate at the point of injury and increase patient survivability during transport.

The training, which is the second phase of the program, was conducted and funded by the United States Air Force and the California National Guard. 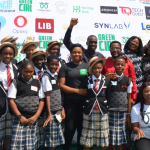 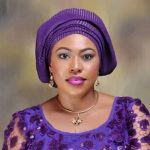