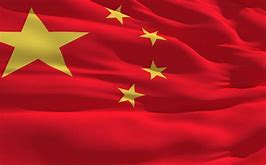 A 67-year-old retired doctor has given birth in China — potentially making her the country’s oldest new mother.

The woman, surnamed Tian, gave birth to a girl on Friday at Zaozhuang Maternity and Child Health Hospital, where she had worked as a doctor before retiring, in the country’s northeastern Shandong province, according to the CNN.
Speaking to the Qilu Evening News, Tian’s husband, a 68-year-old surnamed Huang, said the couple had decided to name their new baby Tianci, which means “gift sent from heaven.”
The elderly couple already have two grown children, a son and a daughter, and several grandchildren, he told the paper. Their eldest grandchild turned 18 this year.
The two children had objected to their parents having another baby. “My daughter even said that if I gave birth to this little baby, she would sever all ties to us,” Tian told CCTV.
Many older women are striving to have more children in China since its one-child policy was lifted in 2016, leading to a surge  in demand for fertility treatments
A hospital spokeswoman told CNN that Tian fell pregnant naturally after using her medical knowledge to self-administer traditional Chinese fertility treatments.
The baby was delivered via a cesarean section. “We were quite lucky, given that the mother was at an advanced maternal age and had a variety of complications,” Liu Wencheng, the physician in charge of the delivery said.  The baby reportedly weighed 2.56 kilograms (5.6 pounds) at birth.
Chinese womanTian
Share
Subscribe to our newsletter
Sign up here to get the latest news, updates and special offers delivered directly to your inbox.
You can unsubscribe at any time

How drunk police inspector killed himself, his prisons inspector-wife in Lagos barracks

90 per cent of Nigerians on poverty line worries Buhari, Minister