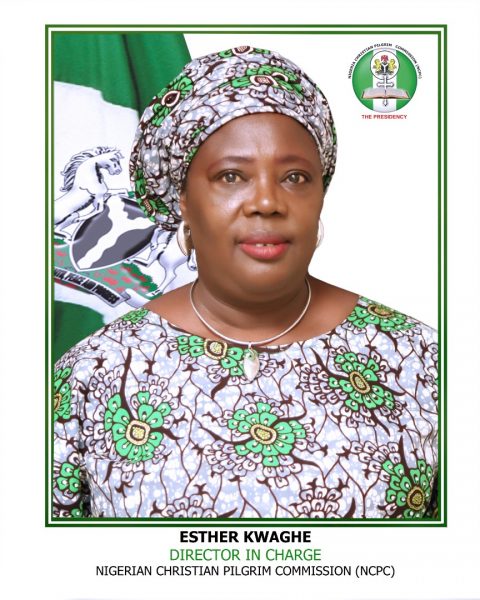 The Nigerian Christian Pilgrim Commission (NCPC), is the apex national regulatory body for Christian pilgrimage in Nigeria. It is the only government Christian agency that has direct link with the federal government.

The Commission was statutorily established by an Act of the National Assembly No. 32 of May, 2007. Its enabling Act empowers the Commission to organize and coordinate the activities and movement of Christians, who perform Holy Pilgrimage from Nigeria to Israel and other Holy sites around the world.

The Commission is also saddled with the responsibility of licensing and regulating the activities of Christian pilgrimage operators in Nigeria as well as providing conducive environment for the smooth airlift of Christians to the Holy Land.

The Commission commenced full operation in 2008 and moved to its corporate headquarters in 2010 at plot 1348 Cadastral Zone, Ahmadu Bello way, Garki 2, Abuja.

Considering the need to bring Pilgrimage nearer to the people at the grass root, the NCPC Management in 2011 resolved to decentralize the administration of pilgrimage by creating six zonal offices in each of the geo-political zones of the country.

Over the years, pilgrimage whether Christian Pilgrimage or the Hajj for Muslims, has gained ground in Nigeria and has generated positive debates on various circles. One fact remains that pilgrimage is a spiritual journey to a sacred place in order to enable the faithful have a deeper understanding of their faith. Every year, Nigerian Christians look forward to having a personal encounter and spiritual revival with our Lord Jesus Christ in Israel because of the underlying life changing experience embedded in it.

Also, the number of Christian pilgrimage operators licensed by NCPC has equally increased in recent time from 71 to 113.

The Commission has over the years enjoyed maximum support from the Federal government, state governments, churches and well-meaning Nigerians, who have helped to advance the cause of Christian pilgrimage in Nigeria.

One of the takeaways from this is the fact that Christian pilgrimage in Nigeria has become a model for African countries and one of the best in Sub-Sahara Africa. Little wonder therefore, that in 2018 a powerful delegation from the Ghana Ministry of Religious and Chieftaincy Affairs visited NCPC to under study the art of pilgrimaging and the Ghanaian Minister, Chief Kofi Damezi commended the Commission for having the best organized Christian Pilgrimage body in Africa.

Before now, the Commission had carried out a lot of programmes towards having a successful and hitch free 2019 general pilgrimage to Israel and Rome.

Early in the year, the Commission organized bid for ground Handlers and Air carriers and the successful ones were subsequently approved by President Muhammadu Buhari after which a contract agreement was signed by the NCPC and the service providers.

At the signing of the contract Agreement, the Director in Charge of the Commission, Mrs. Esther Kwaghe, urged them not to renege on the agreement of the contracts and also tasked them on safety of the pilgrims and value for money.

It is equally instructive to note that the Commission also reviewed downward the pilgrimage cost to Israel this year from N731,000 to N715,000. The Director in Charge of NCPC, Mrs. Esther Kwaghe said that was the effort of the Chairman of NCPC Rev. Yomi Kasali and the Board; such has never happened in the history of the Commission.

Early in the year too, the Commission organized Medical Examinations for the Federal Medical Team in conjunction with the Joint Admissions and Matriculation Board (JAMB). At the end of the day, 65 Federal Medical Team comprising medical doctors, pharmacists, nurses and medical laboratory scientists were selected and the Commission consequently organized medical orientation for them at Goshen, Nasarawa State.

The Chairman of the Board of NCPC, Rev. Yomi Kasali, the Director in Charge, Mrs. Esther Kwaghe, board members and management staff also embarked on sensitization visits to some state Chief Executives, Churches and well-meaning individuals soliciting for support for this year’s general pilgrimage.

As part of the build up to this year’s general pilgrimage, the Director in Charge of the Commission, Mrs. Esther Kwaghe, the Director of Operations, Rev. Amos Yohanna and officials from the Nigerian Civil Aviation Authority (NCAA), as well as the officials from the Office of the Secretary to the Government of the Federation (OSGF) visited Istanbul, Turkey on the pilgrims’ Aircraft inspection in order to ascertain what was signed in the contract Agreement and to physically inspect the aircraft with aviation experts. The inspection of pilgrim’s aircraft is a sin-qua-non for a successful airlift operation of Nigerian pilgrims.

Similarly, the Commission and all the states pilgrimage leaders, comprising state chairmen and secretaries of states Christian Pilgrims Welfare Board also embarked on the state of Readiness visit to Israel and Rome to inspect facilities in the hotels and Holy sites as signed in the agreement between the Commission and the Ground Handlers.

Rev Kasali and the Director in Charge of the Commission led the delegation on the State of Readiness’ visit.

It is important to state unequivocally that the progress being made in the Commission in recent time is as a result of the healthy and robust relationship between the NCPC board, led by Rev Kasali and the management of NCPC led by Mrs. Esther Kwaghe. This is encouraging and should be sustained for the interest of Nigerian pilgrims and the growth of Christian pilgrimage in Nigeria.

In the same vein, same congenial atmosphere is being replicated in all the states Christian Pilgrim Welfare Boards under the auspices of the Conference of States. The Board and the Commission are working effortlessly to ensure that all relevant stakeholders are carried along in the Scheme of things as far as Christian pilgrimage is concern.

At the moment, the Commission is also working tirelessly to ensure the commencement of the 2019 general pilgrimage to Israel and Rome in November.

…Toruka, is an Assistant Director and Head – Media of the NCPC

Mrs. Esther KwagheNigeriaThe Nigerian Christian Pilgrim Commission
Share
Subscribe to our newsletter
Sign up here to get the latest news, updates and special offers delivered directly to your inbox.
You can unsubscribe at any time