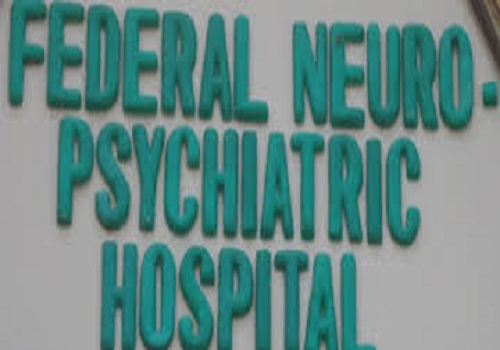 A storm of protest is rocking the Federal Neuro-Psychiatric Hospital, Yaba, Lagos, as four unions in the facility have petitioned the Federal authorities for what they called breach of financial regulation, nepotism and some illegalities allegedly committed by the Medical Director, Dr Celilia Ogun.

In the petition jointly signed by the unions, Ogun was accused of outsourcing one of the key departments in the organisation – the Accounts Department.

According to the unions, the move is a breach of the Financial Regulation of the Federal Government.

They also cited Section 202 on the criteria for those authorised to collect revenue and issue receipts on behalf of the government.

“We are compelled to write in the overall interest of staff and the sysytem to STOP the idea of privatising or outsourcing the acccounts department or any other department illegally.

“It will be vehemently and legally rejected by the leadership of the unions,’’ Persecondnews quotes part of the letter.

Alleging another financial infraction, the unions said Ogun was involved in unapproved virement of money from one subhead to another.

They said:“She singlehandedly sacked hospital contractors and suppliers without following the due process.

“In addition, the MD awarded contracts and supplies to her relatives and friends.

“For instance, diesel that was previously supplied at N250 per litre was given out at N350 to suppliers (her relatives and friends).

“Supply of patients’ food stuff was also contracted out at a higher cost without going through the Tenders Committee.’’

On the tenure of the hospital’s CEO, the unions clained that her tenure had expired since September 31, 2019 and wondered she was still in office till now without the renewal of her tenure for a second, final term as applicable in all federal agencies.

The unions declared:“Her appointment lapsed on 31st of September 2019 and since then she has been lobbying to stay on – her tenure illegally extended.’’

A copy of the petition addressed to her and the Ministry of Health, was copied to the Office of the Secretary to the Government of the Federation (SGF), was also obtained by Persecondnews on Wednesday in Lagos.

Reacting via a letter dated September 24, 2019, the Federal Ministry of Health said the then Minister of Health, Prof. Isaac Adewole, had directed placement of advertisements in some national dailies to accommodate persons hitherto excluded including Ogun when they applied for the job because they were above 55 years.

“She emerged the best among the top three recommended for the job to Mr President and was appointed by Acting President, Prof. Yemi Osinbajo for a term of four years with effect from 30th June 2017.

The signed by Dr O.J. Amodu, head, Department of Hospital Services on behalf of the Minister, was entiltled, “Re: Petition against the purported extension of the tenure of Dr (Mrs) Oluwayemi Cecilia Ogun, Federal Neuro-psychiatric Hospital, Yaba, Lagos.’’

However, all efforts to get Dr Ogun to react to the allegations were unsuccessful as her two cell phone lines – 08066….and 08057….. were switched off.

LagosNeuro-Psychiatric .Hospital MDUnions
Share
Subscribe to our newsletter
Sign up here to get the latest news, updates and special offers delivered directly to your inbox.
You can unsubscribe at any time