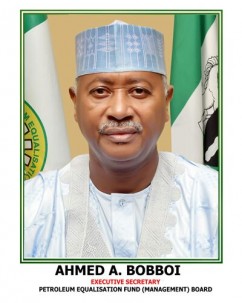 Abuja – The Petroleum Equalisation Fund (PEF), says it remains an organisation that keeps to rules and laws setting it up and would not in any way or manner deviate from procedures and due process.

This is just as it argued that as an agency under the supervision of the Ministry of Petroleum Resources, it takes directives from its parent ministry in line with laid down rules.

This was the response from the office of the Executive Secretary of PEF, Alhaji Ahmed Bobboi while responding to allegation of sponsoring four staff of the Ministry of Petroleum and PEF to an International Bar Association’s conference in Seoul, South Korea.

The Executive Secretary of PEF, Alhaji Bobboi is believed to be presently out of the country, but a staff in his office, who pleaded anonymity since he has no approval to speak on the matter said that the matter is far from what is being dished out to the public.

According to him, approval was granted by the Office of the Secretary to the Government of the Federation in a memo dated 19th November, 2018 with reference no. PRS/039/A/G/I/56 entitled ‘Re-Request for Approval for Petroleum Equalisation Fund Management Board International Trainings and Travel’.

He said the letter from the SGF conveyed the approval in part as follows; “I am directed to convey the approval of the Secretary to the Government of the Federation to Petroleum Equalisation Fund Management Board and key stakeholders to embark on foreign training.”

He further said; “The Petroleum Equalisation Fund is an agency under the supervision of the Federal Ministry of Petroleum and collaborate in so many ways to get policy directives accomplished and not in any way in competition with the Ministry.

“I can tell you confidently that our Executive Secretary, who is not available, does not believe in running the affairs of the Fund in the media. There is no way he would grant an approval for such an important project without an approval from above.

It was however gathered that some staff of the PEF that were past beneficiaries of such programmes and who wanted to attend the same Conference in Seoul, Japan but were counseled to allow others benefit and gain similar experience for the general good of the Fund are the ones spreading all sort of unfounded allegations and trying to get twisted information across to members of the public through the media.

Moreover, PEF has intervened in several sectors in the past and still engaged in noble projects and programmes towards building the nation. 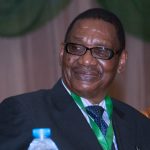