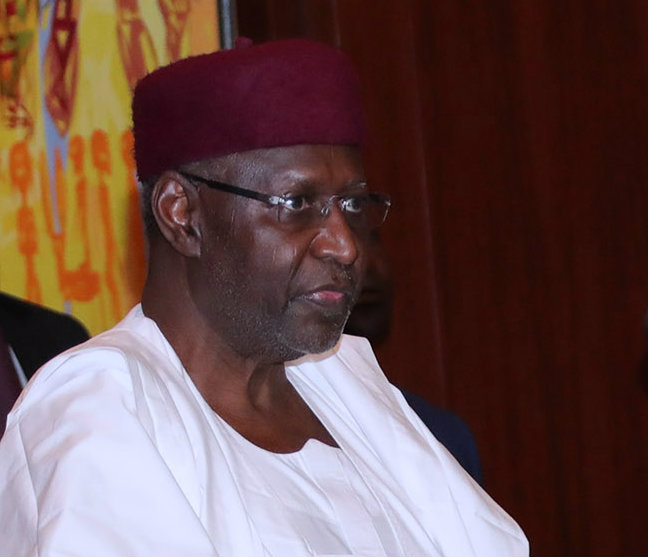 The suggestion that the chief of staff to the President, Mallam Abba Kyari, has taken over the role of the President represents a classic demonstration of crass ignorance about the inner workings of government in presidential democracy and is therefore pure fiction. There is a vast conspiracy to cause chaos in the Buhari presidency through a systematic and sponsored campaign of calumny, character assassination and creation of crisis of confidence.

It is quite worrisome that some people are always ready and willing to lend themselves to be used as pawns, petty agents and purveyors of lies for a mesh of porridge and crumbs from the table of vested powerful interests. These vested interests are the fifth columnists who had gone to work as soon the President Muhammadu Buhari administration was first inaugurated in 2015. It is rather pathetic and unfortunate that some  so-called critics could take cheap jabs at public officials without any care in the world about facts, and instead make desperate fictional conjectures which expose them as working at the behest of powerful vested interests who feel that the nation is a fiefdom they must control at all costs.

I have read a few diatribes directed at Abba Kyari and all were fatally flawed in logic, common sense and objective reality. Its intended consequences are clear: to smear and impugn the hard-earned reputation of Abba Kyari, cause disaffection between him and the president with the ultimate aim of removing him from office. The constant allusion to some power cabal with omnipotent powers and a very weak president as puppet is a gratuitous insult to president Muhammad Buhari and the Nigerian people. It represents a withering attack on everything Buhari stands for: his lifetime service to our nation in different capacities in which he acquitted himself with distinction.

At different times, our president was a general in the armed forces of the Republic, minister of petroleum, Military Head of State and now a democratically elected president in his second tenure in office. To posit that a phantom cabal has so overwhelmed a battle hardened general to the extent that they now govern in his stead without any shred of evidence is not only libelous and insane, it represents an irresponsible gambit of power hungry political predators desperate enough to spew conspiracy theories and manufacture lies in furtherance of their self-serving agenda. For the avoidance of doubt, our president is not the dunce that these critics and their pay masters would like Nigerians to believe that he is. President Buhari is an accomplished statesman, patriot; a consummate and strong-willed leader who continues to serve the nation with distinction and to the best of his ability. He is not and has never been anyone’s lackey.

The suggestion or notion that he is a captive to a cabal is not only insulting but is the height of crass ignorance and irresponsibility. Through the weaponization of lies and falsehood, the fifth columnists have demonstrated frightening ignorance and lack of knowledge about the workings of government in a presidential democracy. The position of Chief of staff is a key component of government in the United States of America from where we borrowed our system of government. The responsibilities of the Chief of Staff are both managerial and advisory. Apart from protecting the interests of the president, it is the responsibility of the Chief of Staff to control the flow of people into the seat of power. Abba Kyari continues to live up to the responsibilities of his office and for this he has become fair game for his detractors and a corrupt political class. Even in those dark days when our president was down in health, Kyari was an oasis of support and inspiration; he had to contend and contain with the maneuvers of over ambitious powerful vested interests who plotted to take over the reins of government. It is the same interests that have procured the services of these fifth columnists to denigrate and force the removal of Kyari from office. During the period of president Buhari’s ill health, it was the same vicious powerful interests surreptitiously pushed and sponsored stories that Buhari was too ill to govern. when this effort failed, they now came up with the propaganda that our president had died and that his body double was now in Aso rock. Of course, discerning and patriotic Nigerians saw through the hollowness of this blatant falsehood and rejected it.

Like the axiomatic lion who cannot hide his colours, these self-serving individuals are at it again. Their game plan is simple: where there is no scandal, invent one. Pursuant to this scorched earth strategy, they manufactured a phantom statement without any shred of evidence that Abba Kyari’s appointment as Chief Of Staff in 2015’was resoundingly rejected by numerous Nigerians ‘.I am unaware of any scientific survey detailing the rejection of Kyari by numerous Nigerians in 2015.By the admission of one  Umar-Bashir, one of such faceless critics, prior to his appointment in 2015, Kyari was a strong critic of Buhari. His appointment could only mean that the president set aside whatever differences they may have had to appoint a highly capable Nigerian in furtherance of higher national interest. This to me is the hallmark of selflessness and statesmanship.

Again Umar-Bashir’s petulance and crass ignorance was on full display when he alleged without  any shred of evidence that Kyari it was who inserted, “a paragraph in president Buhari’s speech to ministers at the end of the recent retreat to the effect that all issues and requests for appointments by ministers should be passed through him. This function has traditionally been performed by the SGF “. As is self-evident, Umar-Bashir is sufficiently ignorant about the workings of government. Were he to be well schooled and conversant with the role and responsibilities of Chief of Staff, he would have known that as gatekeepers, the Chief of Staff defines every presidency. One of their basic responsibilities is to control the flow of people into the seat of power and this function includes scheduling appointments for government appointees and dignitaries. If we may ask: what is wrong with the Chief of Staff to the president discharging his official functions?. Does scheduling appointments for the president amount to the usurpation of the office of the president? It is crystal clear that those who seek to destroy Kyari are desperately out of their depths and will stop at nothing including clutching at straws in furtherance of their self-serving agenda.

Having sponsored a motley of rented crowd to protest his inevitable re-appointment and failed, these charlatans led by a certain loquacious leader of the ruling party from the South -South incensed by his diminished sphere of influence will stop at nothing including dancing naked to actualize their dubious agenda. Already, the South -South leader has earmarked millions of naira and a group of paid writers and pro -democracy groups with which he hopes to prosecute the campaign against Kyari. Umar-Bashir is his first salvo in a long-drawn campaign of calumny, propaganda and misinformation.

Part of the game plan is to throw a lot of darts inform of damaging allegations at Kyari. It is in the light of this strategy that Umar-Bashir also accused him as responsible for the failure of Audu Ogbeh to return as minister. According to Umar-Bashir’s illogical accusation, Ogbeh was booted by Kyari because of his failure to support RUGA. The questions to be asked are: What is the connection between Ogbeh and RUGA? Is the acceptance of the RUGA policy by Nigerians down to the support of Audu Ogbeh? Did government suspend RUGA because it failed to receive the support of Audu Ogbeh or because a section of the country misunderstood the intention of government? For the avoidance of doubt, the appointment of ministers and other appointees is the incontrovertible and exclusive right of the president and not Abba Kyari. Umar-Bashir’s assertion to the contrary is not only deeply flawed but is at best speculative, rumour mongering and vile propaganda designed to project the president as a puppet. The vilification of Kyari by these implacable forces has taken propaganda to new uncharted waters. While wreaking havoc on governance, they have dressed Kyari as the de facto president whereas the only thing he has continued to do is to discharge the responsibilities of his office to the president and in the national interest. Umar-Bashir’s sleaze allegations against Kyari without any shred of evidence is an attempt to damage his reputation. In law, he who alleges must prove with iron clad evidence. While Umar-Bashir and his sponsors continue to muck rake and muddle up the waters, he should be ready prove his spurious allegations in court. But from our experience and deep knowledge of hack writers Umar-Bashir may turn out to be a fictional character, a creature given media life by enemies of this administration. As is public knowledge, before his appointment as Chief of Staff, Abba Kyari had an unblemished track record in public service. He has never been convicted by any court of law for any impropriety, fraud or corruption.

Clearly, the intention of Umar-Bashir and his paymasters is to impugn his integrity, bring him to public opprobrium and precipitate his removal from office. Kyari is loyal to the president. His actions have always been guided by national interest and nothing more. The scavengers who seek his removal are the real enemies of the nation. Mercifully, Nigerians are sophisticated and discerning enough to see through this campaign for what it is: an unpatriotic attempt at a takedown of a true patriot in the service of his nation. 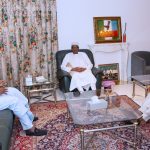