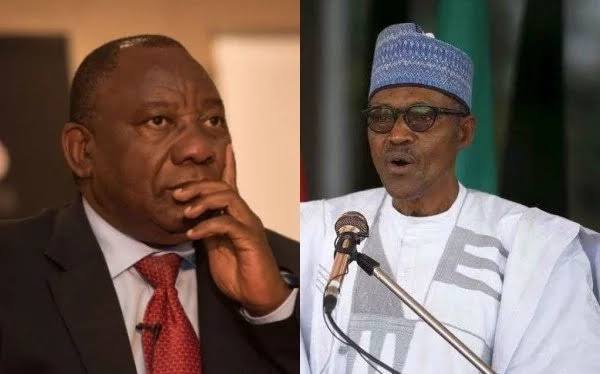 President Muhammadu Buhari is scheduled to meet with South African president, Cyril Ramaphosa over the continuous xenophobic attack on Nigerians living in South Africa.
The Nigerian and South African presidents will also discuss bilateral issues that will strengthen the relationship between the two countries
The Chairman and Chief Executive Officer of Nigerians In Diaspora Commission (NIDCOM), Hon. Abike Dabire-Erewa, disclosed this on Wednesday at a press conference in Abuja.
The press conference was jointly addressed by Dabire-Erewa, and former Big Brother Africa (BBA) housemate ,Tayo Faniran, who was recently brutalized by policemen in South Africa, as well as the President of National Association of Nigerian Students (NANS).
Dabire-Erewa who noted that the xenophobic attacks in South Africa on Nigerians has reached a tipping point, said that decisive action must be taken in order for it not to degenerate out of control.
She also noted that as soon as President Buhari’s new cabinet is constituted, the ministers of Foreign Affairs for both country will also meet.
She said: ”Really it’s pathetic, it’s sad. As we said before, until about 2016, we have had 118 Nigerians killed in South Africa. Between 2018 and today, 88 Nigerians have been killed in South Africa. Out of this 88, 25 were cases of Nigerians killing Nigerians and we have had the case of Mrs. Elizabeth Chukwue who was murdered in her hotel room.”
”Eight policemen are currently being investigated in South Africa for their involvement in killings against Nigerians, that investigation must come to an end and there must be consequences for their actions.
”The two policemen that did this to Tayo are already being investigated by investigating body that deals with police officers in South Africa, we must know the outcome of the investigation.
“We also must know who killed Mrs. Elizabeth Chukwu who went for a conference and died in her hotel room.
”We know that every country has their own challenges, we have ours and they have theirs. But killing other people is not the solution to anything. If a Nigerian commits a crime you deal with the person.
”And like Tayo said, we just have to put an end to xenophobia in Africa. It is a shame that in the 21st century we are talking about Africans killing Africans, rather than talking of Africans going to the moon, doing inventions, taking over the world. This cannot be called to happen.”
Also speaking at the press conference tagged: “Enough is Enough”, the leadership of NANS, Daniel-Erewa, declared Faniron Tayo as the champion of Xenophobia Africa, following his decision to volunteer to champion a new narrative that will end the attacks and preach unity and peace among Africans.
Faniran on his part, who said he believes he was beaten for a reason, added “I believe something positive will come out of this, part of what will come out of it is the change.
“I have started a movement; ‘Say no to Xenophobia’, under the platform Oduduwa Classics which is my brand. The reason why xenophobia still exist in South Africa is because of lack of information.
“Many people there feel that they are entitled to hate Nigerians because they don’t have enough reasons why they should love us. You will never see any billboard, newspapers or whatever in South Africa that says ‘say no to xenophobia’. That was what triggered my interest.
“I have been harassed many times but I have never been beaten before. I am in South Africa for positive reasons and I am contributing my quota and I make sure I am a law abiding citizen.
“Although we may have some bad eggs out of Nigeria, but we have so many great Nigerians out there in South Africa and even out here. Because of this incident, I have met a lot  of people who told me they are not going to South Africa ever again and that breaks my heart so much.
“I assure the world that with the right support I can eradicate xenophobia. I am a father of two and I want my children to grow into a better society. I am not biased and I stand for the truth, I believe we can fix xenophobia just give me the chance.”
However, NANS through its President, Danielson Akpan, has issued a seven day ultimatum for South African businesses in Nigeria to leave the country.
He also called on Nigerians in South Africa to return to home since they are no longer wanted.
SHARE THIS ARTICLE 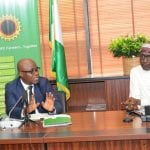 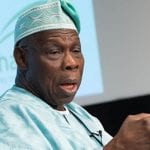