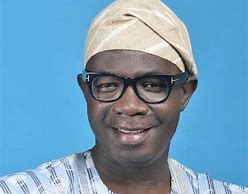 Abuja – Following the claim by the Deputy Governor of Ondo state, Hon Alfred Ajayi Agboola that he was called to the Bar while serving as a member of the House of Representatives, a body of concerned lawyers have petitioned the Body of Benchers on the need to carry out a thorough investigation into what they described as an anomaly.

The deputy governor, Hon Agboola is said to have caused to be published in the Ondo State Government website that; “In his unending quest for knowledge, he (Agboola) had his tertiary education at the Igbinedion University, Okada, Edo state, where he bagged a Bachelor of Law (LL.B) Second Class Upper Division and was called to Bar in 2010 after his graduation from the Law School.”

But, petitioners on the aegis of “Advocate Lawyers” on behalf of Ondo State Committee On Ethics and Good Governance (OSEGG), have drawn the attention of the Body of Benchers to Section 63 of the Constitution of the Federal Republic 1999 (as amended), which stipulates that ‘the Senate and the House of Representatives shall each sit for a period of not less than 181 days in a year’.

The petitioners equally cited Section 68(1)(1) which reeled out the penalty for an absentee member from the meetings and plenaries of the House for more than one-third of mandatory sitting days in any year.

The Advocate Lawyers further said; “It is worthy of note that for Hon Agboola Ajayi to have been called to the Nigerian Bar, according to his own testimony, he must have been a full time student of the Nigerian Law School in the 2009/2010 academic year, which period falls within the time he was a full time member of the House of Representatives.”

The petitioners further averred that the one year academic programme of the Nigerian Law School is on full-time basis, adding that students are required to disclose on oath that they are not in any full-time paid employment during their stay at school.

The Advocate Lawyers which is a pressure group, therefore want the Body of Benchers to investigate if it is possible for a sitting member of the House of Representatives to also attend the Nigerian Law School at the same time.

The petitioners equally want the Body of Benchers to determine if the Ondo state deputy governor misled it by lying on oath and not disclosing his true status as a full member of the House of Representatives between 2007 and 2011.

It was gathered that the petition by Advocate Lawyers against the Ondo state deputy governor was discussed at the July 7, 2019 meeting of the Body of Benchers which held at the Supreme Court, and has been referred to the Ethics and Privileges Committee for thorough investigation.

Further checks indicate that the committee was mandated to return its findings at the next meeting of the Body of Benchers scheduled for September 26, 2019.

The Body of Bencher is saddled with the responsibility of monitoring professional conduct of legal practitioners in the country.

Ondo Deputy Governor Hon Agboola
Share
Subscribe to our newsletter
Sign up here to get the latest news, updates and special offers delivered directly to your inbox.
You can unsubscribe at any time