The Federal Government has donated 47 vehicles and military equipment to the government of Niger Republic as assistance towards the successful hosting of the 12th Extraordinary Session of the Assembly of the Union on African Continental Free Trade Area (AfCFTA) and the First Mid-Year Coordination Meeting of the AU and the Regional Economic Communities (RECs) in Niamey.

The Nigerian Ambassador to Niger Republic, Attahiru Dahiru, made the disclosure Saturday to newsmen on the sidelines of the summit.

Dahiru who said the items donated were at the request of the the Nigerien government.

Also donated for the purpose of the summit but to be returned to Nigeria are 40 other vehicles of different brands.

According to Dahiru, “everything they requested for has been provided for them and they are happy.”

President Muhammadu Buhari, who is participating at the conference is expected to sign the AfCFTA agreement on Sunday.

The Extraordinary Session of the Assembly of the Union is also expected to launch the operational instruments of the Agreement establishing AfCFTA.

The instruments include: AfCFTA Rules of Origin, Tariff Concession Portals, Portal on Monitoring and Elimination of Non-Tariff Barriers, Digital Payments and Clearing Systems and African Trade and Observatory Dashboard.

The Presidency had ahead of the Summit said, the Buhari administration had embarked on extensive consultations with stakeholders, culminating in the submission of the report by the Presidential Committee to Assess Impact and Readiness of Nigeria to join the AfCFTA.

The committee had recommended that Nigeria signs the agreement which aims to boost intra-African trade. 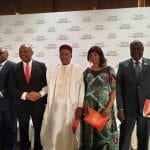 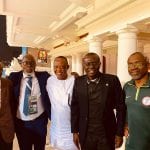