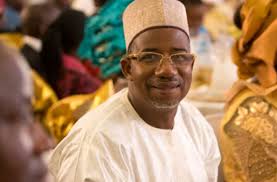 The Governor of Bauchi State, Bala Mohammed said Bauchi was ready for Ruga settlement, by the Federal Government, meant to find lasting solution to the farmers/herders clashes.

According to him, up to 70 percent of the residents are Fulani.

Mohammed who met with President Buhari to discuss pressing issues of the state including insecurity said: “Yes. There is no programme that will be done…because there are more Fulanis in the State, 60 or 70 percent of the population in Bauchi are Fulanis and therefore we must leverage on all these. We have illiteracy, insurgency and so many things that are bombarding us in terms of social challenges and security challenges. Definitely we will do that.”

With this pronouncement, Bauchi joins other states that have keyed into the project, amidst rejection from South East and South South region.

Recall that the immediate past Minister of Agriculture and Rural Development, Chief Audu Ogbeh, in May had announced that President Muhammadu Buhari had approved the Ruga settlement initiative earlier in the same month.

Already all the five South-East state governors, Samuel Ortom (Benue); Darius Ishaku (Taraba) and the Ondo State Government have rejected the Ruga settlements, saying they would not give out their land for herdsmen’s settlements in their states.

The Presidency had on Sunday said, the settlement will be in an organized place with provision of necessary and adequate basic amenities such as schools, hospitals, road networks, vet clinics, markets and manufacturing entities that will process and add value to meats and animal products.

The Presidency who reiterated that the settlement programme is voluntary, the Federal Government was planning this in order to curb open grazing of animals that continue to pose security threats to farmers and herders.

Bala MohammedBauchiRuga Settlements
Share
Subscribe to our newsletter
Sign up here to get the latest news, updates and special offers delivered directly to your inbox.
You can unsubscribe at any time