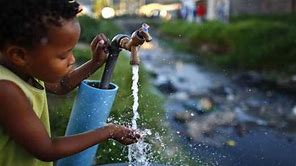 The United Nations Children’s Fund (UNICEF) said it and its partners have provided support that have save millions of lives of children worldwide, including children in emergencies.

The agency in a report released ahead of the commemoration of the the 30th anniversary of the Convention on the Rights of the Child in November 2019, said it provided support for
27 million births in health facilities, access to safe drinking water for 43 million children in emergencies and measles vaccination for 19.6 million children in humanitarian situations in 2018.

“This report demonstrates the successes achieved and the challenges that continue to threaten the rights, lives and futures of children and young people. With this historic marker on the horizon, UNICEF and its partners have an opportunity to do more – to advocate for children’s rights and move the world closer to the goal of a fair chance in life for every child,” the agency said.