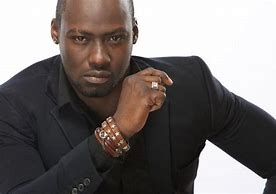 Police in America are investigating former Tinsel star Chris Attoh over wife’s death according to reports in the State of Maryland.

In October, Bettie Jenifer married Chris Attoh, a Ghanian actor. On May 10, a gunman shot Jenifer while she was leaving the building that is home to a temporary hiring agency franchise she owns.

At the time she married Attoh, police confirmed Jenifer also was married to Kedrick Jenifer, an importer of cocaine into the Baltimore area now serving 20 years in a federal prison after a 2016 conviction for drug trafficking, according to The Baltimore Sun.

Whatever the state of that union, in the hours before Bettie was shot dead, Attoh had tweeted, “When it comes to relationships, remaining faithful is never an option but a priority. Loyalty is ever …,” according to reports.

“The investigators are taking that into account,” a police spokesman said in Maryland. “They have been in the process of investigating all of the social media posts.”

He adds: “Mr. Attoh has been cooperating with our investigators.”

“We do not believe this was a random incident,” says a Police official. According to the statements of those who saw the shooting, he says the gunman “appeared to be going after that victim and chased that victim down.”

“This was in front of multiple witnesses in broad daylight, so it was a pretty shocking scene to say the least,” he says.

Last week, police released a composite sketch drawn from witness accounts of a suspect they identified as a black male with a thin build and black hair who at the time of the shooting wore a dark shirt and dark pants.

Bettie JeniferChris AttohGhanaNigeriaTinsel
Share
Subscribe to our newsletter
Sign up here to get the latest news, updates and special offers delivered directly to your inbox.
You can unsubscribe at any time