Nigerians should weep once monthly, but more importantly we should act to stop poverty – Aregbesola 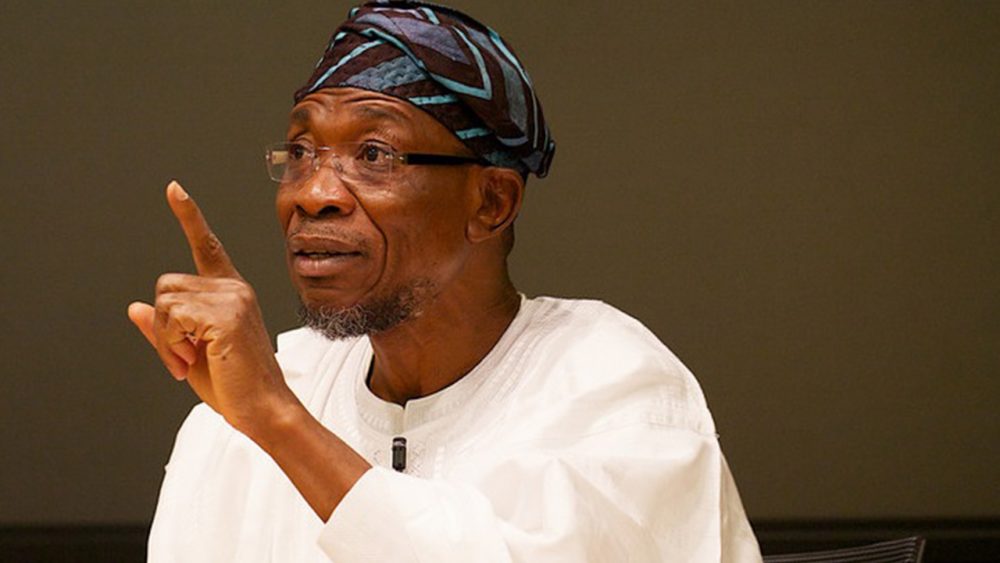 Former governor of Osun state, Rauf Aregbesola has said that the nation should weep once a month, but more importantly should act to stop poverty at all levels.

“We don’t remember that we are poor here in Nigeria. If we have a deep thought, we ought to have a day of weeping every month, he said at an event over the week-end.

“If we don’t work harder to improve our fortunes, we would continue to be poor. In 2017, Brazil had a population of approximately 200 million people almost about what Nigeria had.

“Today, OPEC allowed Nigeria to extract and sell 2million barrel of crude oil per day but we don’t get that quantity. Even if we get 2million barrel per day and if the price rises to $100 per barrel, it means our income will be $200 million.

“If you divide this by 200 million people, it amounts to $1 per every Nigerian. We have to check our population by practicing birth control. If we don’t address this, we would have huge problems to deal with. We would also need every able-bodied person to work.

According to a 2018 report from the Brookings Institution, Nigeria overtook India to become the country with the world’s highest number of people living in extreme poverty, which is defined as living on less than $1.90 a day. The threshold captures those who struggle to obtain even basic necessities such as food, shelter and clothing, and takes into account differences in purchasing power between countries.

AregbesolaNigeria
Share
Subscribe to our newsletter
Sign up here to get the latest news, updates and special offers delivered directly to your inbox.
You can unsubscribe at any time